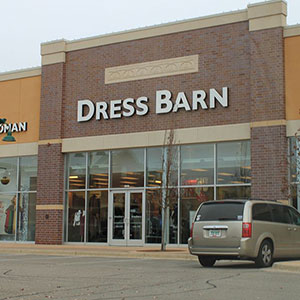 Dressbarn, a chain of 650 mall-based stores that sells discount women’s fashion, including some jewelry, will close all its stores, said a press release issued yesterday by current owner Ascena Retail Group.

Ascena also owns other women’s fashion chains such as Ann Taylor and Loft, which it bought in 2015. The company said in a statement that this move will strengthen its balance sheet.

The company employs some 6,500 people.

All Dressbarn stores are open and conducting business as usual, as is Dressbarn’s e-commerce site, according to a statement. There are no current changes to Dressbarn’s return, refund, or gift card policies.

Some analysts weren’t surprised by the news.

“Ascena really never invested in Dressbarn and let it stagnate to the point where it has become completely out of touch with the needs of modern shoppers,” GlobalData Retail analyst Neil Saunders wrote in a research note, according to CBS News. “Even the name now feels old-fashioned and dull.”

At the beginning of the month, David Jaffe, its chairman and chief executive officer and the son of its two founders, announced he was stepping down after 27 years as head of the company, though he remains on its board.

Ascena also sold its other discount chain, Maurices, for $300 million earlier this year.

Dressbarn was founded in 1962 by Elliot and Roslyn Jaffe, who felt that women who were entering the workforce needed a convenient one-stop shop where they could find fashion at a good value. Their single store in Stamford, Conn., eventually grew to a nationwide chain.

“This decision was difficult, but necessary, as the Dressbarn chain has not been operating at an acceptable level of profitability in today’s retail environment,” said Steven Taylor, the retailer’s chief financial officer, in a statement. “We will work to assist our associates through the transition and maintain existing relationships with our vendors, suppliers, and other key stakeholders through this process.”