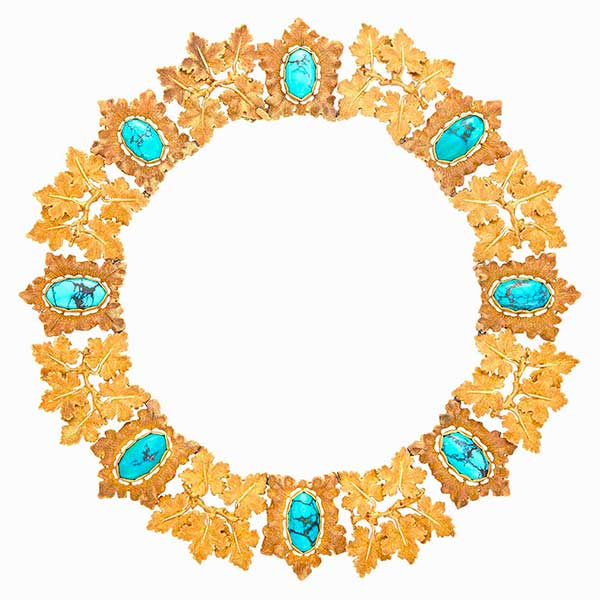 Doyle is hosting a one-day-only Important Jewelry auction on Thursday, and it’s a sale with a number of compelling headlines, including two rare Disney x Cartier charm bracelets from the 1930s, a trio of whimsical jewels by Alexander Calder, and 71 lots of Tiffany & Co., Cartier, Van Cleef & Arpels, David Webb, and Seaman Schepps treasures from the estate of Rosalind P. Walter.

If the name Rosalind P. Walter isn’t familiar to you, Rosie the Riveter almost certainly is. And even though Walter is not the model in the iconic World War II–era poster (you know the one—red kerchief, union suit, and “We can do it!”), she did serve as the inspiration for a 1943 popular song titled “Rosie the Riveter.” Penned by Redd Evans and John Jacob Loeb, the tune gave a name to the thousands of women who joined the defense industry workforce as part of the war effort and prompted other ladies to likewise roll up their sleeves and step up where they were needed. (Walter herself worked the night shift as a riveter at the Vought Aircraft Co. in Stratford, Conn.)

And with that, Roz, as Walter was known to friends, helped ignite a culture shift with reverberations that are still felt today.

Upon her death earlier this year, Walter also left behind a legacy of philanthropy, most notably in the field of public broadcasting. She was one of PBS’ principal benefactors, supporting programming such as Great Performances, American Masters, and PBS NewsHour. She also became the largest individual supporter of WNET New York.

Looking at her jewelry, you can imagine Walters dazzling the room at a lavish fundraising event or gala—she certainly had no shortage of spectacular statement pieces to identify her as a woman of principles, strength, and joie de vivre.

A few favorites are highlighted below.