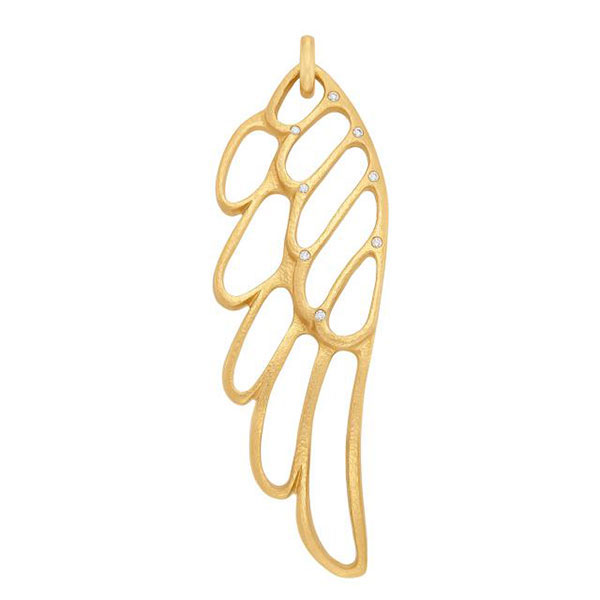 On February 19 and 20, Doyle held a series of jewelry auctions that included items from the estate of jewelry designer Linda Lee Johnson (1944–2018). All 199 lots sold, many of them prime examples of the acclaimed jewelry designer’s sculptural, richly textured gold and silver pieces, which were initially sold by Tiffany & Co. in the 1980s.

However, Johnson is best known for her long-standing partnership with Barneys New York, which began in 1989, when she introduced the store’s first-ever jewelry collection.

Bidders, presumably savvy collectors with an instinct for which jewelry designer names will hold their value in the long run, had plenty of Johnson’s signature designs to choose from, but the biggest surprise was a series of 12 group lots of amber beads that sold for a staggering total of $148,250. Staggering because each lot’s estimate was around $600–$800. And because they were unsigned, a little random—something any of us could have stashed in a drawer somewhere.

The competition was said to be intense. But why? Why now?

I don’t have answers for you. I do have a few photos, however, of the lots that fetched the biggest sums.

I know one auction can’t singlehandedly foretell the onset of a rising trend, but I’m willing to entertain the possibility. For the first time in my career, I’ve had amber jewelry on the brain after seeing some absolutely stunning examples at JCK Tucson at the booth of Gdansk, Poland–based studio A2 Jewellery.

So, maybe? At any rate, as someone who loves all shades of yellow and gold, I think I’ve found my new flavor of the month.

Top: At the Linda Lee Johnson fine jewelry auction at Doyle, this high-karat gold and diamond Wing of Fire pendant sold for nearly five times its estimate. But the real surprise? Bidders went crazy for a bunch of lots featuring groups of no-name amber beads from the late designer’s estate. Is this the beginning of a trend?