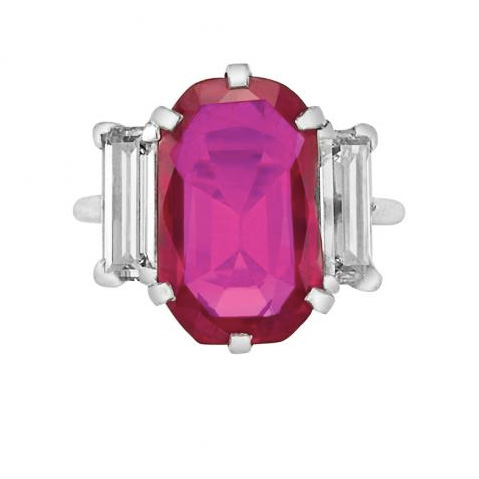 The Washington, D.C., office of New York City–based auctioneer Doyle is decamping from its quaint-but-cramped Georgetown office to a greatly expanded space in Kensington, Md., an affluent suburb of D.C.

The office, now housed in 1,500 square feet, will officially relocate to a 5,000-square-foot storefront on Sept. 27. The building, 10421 Metropolitan Ave., is located a block over from Antique Row, a street lined with antiques dealers.

“The Doyle model has been that we handle everything, from nuts to bolts, for estates,” says Reid Dunavant, a senior vice president for Doyle based in D.C. “In New York City our building is very large, so they can do that. We’ve been a little limited in D.C. because of the [lack of] storage space.”

In addition to more storage, the new digs also have the advantage of dedicated parking—a welcome change from Georgetown, where parking is notoriously scarce. And the main client meeting space in the new building will be roughly double the size of the one in Georgetown.

Though it won’t technically be in Washington anymore, Doyle is still the only brick-and-mortar auctioneer in the D.C. area with a New York City presence. (Doyle also has an office in Beverly Hills, Calif.) And over the years, the Georgetown office has been the point of entry for several valuable jewelry pieces and collections that have gone on to break records in New York auctions.

In 2014, the office appraised a pair of natural pearls that sold for a record-setting $3.3 million. And in 2011, the D.C. team appraised the Alice Appleton Hay jewelry collection, which ultimately fetched more than $9 million at auction (one Burmese ruby ring sold for $1.3 million on its own).

“We’ve really used the D.C. office mostly to meet clients,” explained Dunavant. “But we’ve always traveled for jewelry—we will meet people at their financial planner’s office, their homes, a bank vault—and will continue to do that…but now we’ll also be able to do more from the office.”

The final appraisal day in Doyle’s Georgetown office is Sept. 25 and will feature a fine art and jewelry appraiser.

Top: The Burmese ruby ring from the Alice Appleton Hay collection that sold for $1.3 million at a Doyle auction (photo courtesy of Doyle)