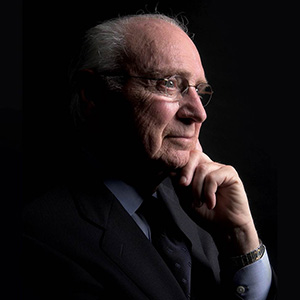 Leo Schachter (pictured), the driving force behind one of the diamond industry’s biggest companies and the namesake of Sterling Jewelers’ Leo brand, died on May 9 in Lawrence, N.Y. He was 95.

In 1981, Schachter joined forces with Avram and Moshe Namdar to form Schachter & Namdar, which also became a De Beers sightholder as well as one of the biggest companies in the business, often topping the list of Israeli exporters. The venerable partnership lasted until 2005.

Leo Schachter became known for its international reach. It purchased a factory in Botswana in 1997 and was also one of the first New York City companies to open an office in Japan.

“He always said, ‘The closer you get to the consumer, the better,’ ” says Elliot Tannenbaum, Schachter’s son-in-law and a company principal.

In 2004, it began a joint venture with William Goldberg Diamond Corp., another well-known and respected New York City company. In 2007, it formed a jewelry company, Kama Schachter, in a partnership with Kama Jewels, a then-unusual partnership between an Israeli and Indian company.

Schachter had five daughters, and at one point all five of his sons-in-law were in the business. Two, Tannenbaum and David Greenberg, remain involved; Eric Austein, who long headed the New York City office, retired seven years ago.

“He had all these partnerships, and there were never arguments,” says Tannenbaum. “He was always very careful in selecting partners. He had a mantra: ‘You work with good people.’ ”

In 1999, his company—ahead of the curve, as usual—introduced one of the first diamond brands, the Leo. It became an instant hit and launched Sterling into the world of proprietary brands.

The Leo turned Schachter into a “Harry Winston for the middle market,” says Tannenbaum, adding that the brand was always helped by having an actual person behind it.

Schachter retired from the business about a decade ago, but always told people, “I never worked a day in my life.”

“He enjoyed his work, and his work ethic was contagious,” says Tannenbaum.

In a business full of larger-than-life characters, Schachter was known for not seeking the spotlight and staying under the radar.

“He was very humble, very quiet,” says Tannenbaum. “That humility stands out if you’re successful.”

A company statement says that Schachter’s “combination of dignity, modesty and generosity serves as an inspiration for his family and friends and as a guiding light for the company that he founded and built.”

In a tribute, Boaz Moldawsky, chairman of the Israel Diamond Institute (IDI), said, “For years, Leo Schachter Diamonds has employed hundreds of workers in Israel and contributed to the prosperity of the Israel diamond industry and the Israeli economy. Despite its global scope, the company kept its family-style management in Israel.”

In 2016, Leo Schachter Diamonds became an Alrosa sightholder. Last year, Rosy Blue took a minority position in the company. This June, Tannenbaum will be honored by the American Gem Society with a Triple Zero Award. His son Dov now heads the company, marking the fourth generation of Schachter’s family in the business.

Schachter, an avid supporter of Jewish and Zionist organizations and charities, is survived by his wife, Shirley, four daughters and their husbands, and dozens of grandchildren and great-grandchildren. His youngest daughter, Mindy, died from breast cancer.