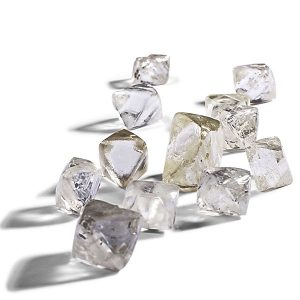 In 2018, the North American diamond jewelry market grew by 4 percent in the third quarter over the preceding year, according to new global luxury market research released by Russian diamond producer Alrosa.

While the report did not break out U.S. sales specifically, America counts for 90 percent of that number, according to an Alrosa spokesperson.

Overall, the worldwide diamond jewelry market also grew 4 percent. That is a decline from Alrosa’s second-quarter and first-quarter numbers. In the second quarter, its research found worldwide sales rose 5 percent, while in the first quarter they rose 7 percent. Diamond jewelry sales in North America showed a 5 percent gain in both quarters.

In the third quarter, however, sales slowed in several regions, particularly in Asia-Pacific, due to the region’s overall economic environment. China remains the key sales driver in the region as national retailers expand on the mainland, the report said.

Alrosa’s report is based on the data of retailers as well as different country statistics.

“The main driver of the global diamond jewelry market is the United States, which has seen stable growth rates throughout the year,” said Dmitry Klimenko, head of the analytics department at Alrosa’s Strategic Projects and Analytics Center, in a statement. “This boosts market confidence ahead of the Christmas sales season. In Asia, consumer demand shows less steady growth because of the weakening of national currencies against the U.S. dollar.”

The miner opened up an office in New York City this year.