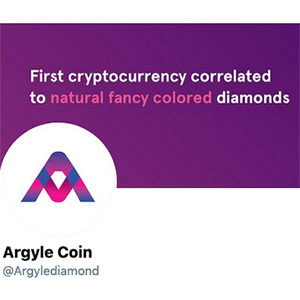 Federal prosecutors in Florida have charged Jose Angel Aman with wire fraud for operating a diamond investment fund that they call a Ponzi scheme.

According to a complaint filed on Aug. 21, Aman and his partners in Natural Diamonds Investment Co. and Eagle Financial Diamond Group, both based in Palm Beach, Fla., collected more than $30 million from hundreds of investors by telling them they would purchase rough colored diamonds, which would then be cut and sold at a profit.

“The solicitations were primarily through a radio show hosted by one of the partners, telephone calls, and word of mouth,” according to the charging document. The funds were billed as “no risk, high return,” as all investments were secured by $25 million in diamond inventory, it said. However, not only did Aman not have that much inventory, but he never cut or sold any diamonds, according to prosecutors.

“To conceal the fraud from investors and create the appearance of legitimacy, the defendant made purported interest payments to the investors by using new investors’ money to pay earlier investors,” said a U.S. Department of Justice press release.

Aman then set up a new business, Argyle Coin, which was supposedly in the business of developing a cryptocurrency token backed by diamonds, the government said.

“Aman allegedly used only a fraction of the money received from Argyle investors to develop a cryptocurrency token, instead using most of it to pay purported interest payments to the earlier investors and to benefit himself and his partners,” charged the DOJ.

The three companies were previously targeted by a Securities and Exchange Commission complaint filed last May. That case was settled in June.

Aman has pleaded not guilty to the charges. His attorney, Kevin O’Reilly, tells JCK; “Mr. Aman has been working closely with the SEC and the Department of Justice to help get the investors’ money returned.”