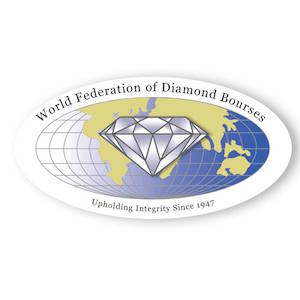 After years as separate, sometimes feuding organizations, the World Federation of Diamond Bourses (WFDB) and the International Diamond Manufacturers Association (IDMA) are in talks to join forces.

“We have been in ongoing discussions for the last six months,” says WFDB president Ernest Blom. “There is a definite desire to do something.” Ronnie Vanderlinden, president of the 72-year-old IDMA, was not available for comment.

Blom says it’s not clear what form this will take, though he thinks IDMA will become part of the WFBD and play an “expanded” role.

Whatever occurs, a coming together makes sense. The groups duplicate each other’s efforts: They both represent the diamond wholesale sector. And while “dealers” and “manufacturers” used to be two distinct categories, now that divide means less. Many IDMA members belong to their local bourses, which are part of the WFDB. Plus, with the overwhelming majority of diamond manufacturing now taking place in India, there is less need for an international diamond manufacturing group.

Clearly, the associations have lost a bit of clout. It’s not just the endless personal squabbles, though those haven’t helped. The real power in the business lies at the two ends of the chain—the miners and the retailers. The middle market has long struggled with profitability and the sense that its ranks need to shrink.

Plus, for all the value of overarching groups, companies are increasingly acting on their own. Take the World Diamond Council (WDC), which represents the industry before the Kimberley Process (KP). Lately it has become refreshingly assertive. It has called for an improved System of Warranties—for years, a main gripe of the NGOs—and, in a contested election, chose as its new vice president former president Edward Asscher, who is considered a member of the “reform” contingent. And yet far fewer people pay attention to the ongoing machinations of the KP. It is still extremely important, both to the industry and the world at large, but isn’t really where the action is. Companies interested in responsible sourcing are taking measures that go beyond the KP, which is still limited in scope, and has been historically slow to change, given its consensus model.

Sources involved with the industry associations gave me a variety of suggestions where the groups need to go. First, they need to be more forward thinking. For years, the associations have squabbled over proposed diamond tracking systems. With the increasing demands for greater transparency from consumers and financial institutions, these initiatives have proliferated, and even former opponents are seeing their worth. Yet, by now, the banks have mostly fled the business, and lab-grown companies are using the industry’s lack of transparency as a club with which to beat it. So instead of being ahead of the curve, the industry is behind it.

“I don’t think we stood in the way of any initiative,” Blom says. “But maybe a few years ago, we weren’t ready for these things. I represent a lot of diamond exchanges, and we need everyone on board.

“But now we have moved a lot from where we were. We weren’t ready then, but we are ready now. We have embraced an expanded system of warranties and ‘know your customer’ requirements.”

Other frequently heard suggestions: The groups need to hire, and empower, professional staff. (Blom says he has plans for that.) They need to get the younger generation involved and recruit new leaders. They need to offer members more added value.

“Maybe we have been set back a bit and became complacent,” says Blom. “But we are not resting on our laurels. We are actively looking at all these strategic challenges.”

“Associations still have a hugely valuable role to play,” Blom continues. “When things are going well, people say, ‘What do we need these groups for?’ But when things become difficult they suddenly look to us. Our industry is facing more challenges, and we have to be on top of our game to meet those challenges.”

All true. But clearly, the diamond industry associations need to evolve. Just like the industry itself.