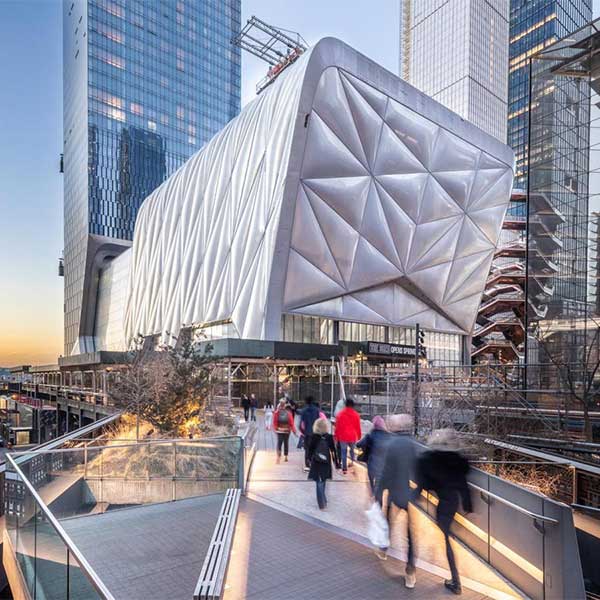 In letters posted to their Instagram feeds, the designers cited the close ties of CFDA board member Kara Ross and her husband Stephen Ross to President Donald Trump as the primary reason for canceling their memberships. Stephen Ross is a prominent supporter of the president, his administration, and conservative causes.

Ross, chairman of Related Companies, hosted a fundraiser for President Trump on Aug. 9 that lured more than 500 people and raised upwards of $12 million, according to WWD. The Washington Post reports that attendees paid $100,000 for a photo and lunch with the president and $250,000 for the lunch, a photo, and “an invite to a private roundtable discussion with the president.”

The event sparked controversy online, centered mainly on Stephen Ross’s stake in the Equinox gym chain, which has always billed itself as an LGBTQ-supportive business (the Trump administration has eroded LGBTQ rights by reinstating the ban on transgender troops and opposing federal LGBTQ nondiscrimination bills).

Ross is a key investor in the new Hudson Yards retail and residential project in midtown Manhattan. It’s rumored to be the future site of New York Fashion Week, but two of CFDA’s favored designer brands, Prabal Gurung and Rag & Bone, publicly pulled their spring 2020 shows from the property’s Shed venue in protest over Ross’s Hamptons fundraiser for President Trump.

Kara Ross, a longtime jewelry designer whose Madison Avenue shop has supported emerging jewelry designers in the past, gave $10,000 to Barack Obama’s presidential campaign in 2008, according to Refinery 29, and “has donated more than $200,000 toward liberal causes, helping to elect Democratic candidates like Hillary Clinton and Cory Booker, as well as pro-choice organization NARAL,” reported the outlet.

Her support pivoted to conservative candidates in 2011, when her husband publicly began his support of then-Republican presidential candidate Mitt Romney. In recent years, she’s made donations to Sen. Jeff Flake of Arizona, Senate Majority Leader Mitch McConnell, Florida Sen. Rick Scott, and the Republican National Committee, among other GOP politicians and entities.

Lorenz was traveling and unavailable for comment for this article, but in her letter—posted in full on @fallonjewelry Aug. 9—she wrote, “After many years of membership, I will no longer participate if a woman that funds the current administration remains on the board. I will no longer be a part of what seems to be allowing a pay-for-play, money-over-merit arrangement with someone that clearly wants to advance an agenda that is hurting many businesses large and small with this trade war. I do not feel her views speak for me as a member and I will not allow her to make decisions on my behalf. I thought about this decision well, and although I appreciated support in the beginnings of my career, I no longer feel the membership represents me.”

She added, “After emailing you about concerns as to the board seat of Mrs. Ross I was met with a response that felt very much like the pacifying public statements from SoulCycle and Equinox. I was told ‘not our problem’ and to focus my energies elsewhere. So I will. The annual membership dues and future high priced tickets to awards will be spent fighting what this administration is destroying, specifically equal rights and climate change. Yesterday, while Mrs. Ross was putting finishing touches on her Trump fundraiser, I was making sure my sobbing housekeeper had her entire family’s documents in order, a woman with three years’ citizenship living in fear. It is not enough to post rainbows on your Instagram feed. Do something.”

Jeweler Simon Alcantara didn’t return a request for comment, but expressed similar sentiments in his letter, which he posted on @simonalcantara Saturday: “Just one week ago, the news broke out about a board member that was helping to host a fundraiser for the current U.S. President. I don’t have to explain here why that is a conflict. It is crystal clear to everyone, whether they admit to it or not. We live in a free country and everyone has a right to their political affiliations. I am not interested in specific accusations, or asking for the removal of anyone from the board. In the end, we are all human and I am not interested in crucifying anyone. Sadly, it has become undeniably clear to me that it is time for me to resign my membership from the CFDA, remaining as a member is in direct conflict with my business and personal values.”

The CFDA didn’t return an email request for comment in time for this article (the organization’s main phone line has been busy all morning), but last week it released a statement after backlash over Stephen and Kara Ross’s Trump fundraiser entered the news stream: “As a non-profit 501(c)(6) organization in the United States, the CFDA does not participate in political campaigns and is legally restricted to do so. As ever, the CFDA, through its nearly 500 members, remains steadfastly committed through our programs to diversity and inclusion, gender equality, LGBTQ rights, fair immigration policy and sustainability in the fashion industry. The organization does not discriminate by race, gender, religion, or political affiliation.”