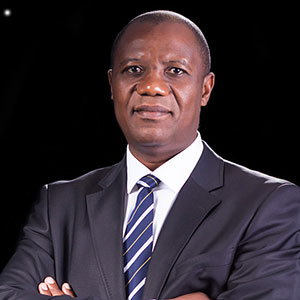 Debswana Diamond Co., the mining and selling joint venture between De Beers and the government of Botswana, has appointed Albert Milton (pictured), to take over as its managing director on Dec. 1.

Milton is a 25-year veteran of Debswana. Since 2013, he has been general manager of the Debswana-owned Jwaneng mine. He has also held various management positions at the three other Debswana mines—Orapa, Letlhakane, and Damtshaa—as well as De Beers–owned Venetia mine in South Africa.

He replaces Balisi Bonyongo, Debswana’s managing director since 2014, who is retiring from the business after 26 years of service with the company. He has agreed to stay on for three months as a consultant.

The change comes amid speculation about De Beers’ new contract with Botswana. The current deal, forged in 2011, ends in 2020.

That last contract called for De Beers to move its diamond sorting and selling operations to Botswana, which eventually occurred in 2013.

At the Botswana Diamond Conference, held this month in Gaborone, country President Mokgweetsi Masisi indicated that De Beers and Botswana would continue their decades-long partnership.

“The price book is one of the issues in the talks,” minerals secretary Cornelius Dekop told the country’s parliament, according to local newspaper Mmegi. “They have been controlling that on their own.… The people negotiating for us have access to the price book, but it’s not enough.”

Yet, in a separate analysis piece, the newspaper admitted this might be Botswana’s last chance to drive a hard bargain: “Where previously government leveraged Debswana to secure concessions from De Beers, the declining resources at the various mines mean the current agreement could be the last where the Debswana hand is played to its fullest extent.”