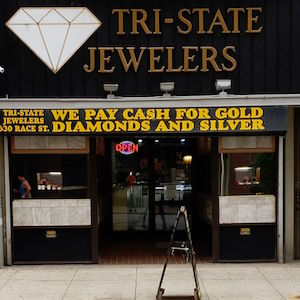 In an indictment unsealed Tuesday in Southern District of Ohio federal court, prosecutors charged that Cincinnati retailer Tri-State Jewelers was part of conspiracy to launder money from a multimillion-dollar drug ring.

The indictment alleges that between December 2018 and April 2019, a drug ring that sold cocaine, methamphetamine, and fentanyl stored—at least temporarily—approximately $2.5 million in cash at the retailer, which is located on Race Street in the city’s downtown.

The indictment charges that the store failed to comply with Internal Revenue Service (IRS) reporting requirements, which mandate that businesses that conduct a cash transaction exceeding $10,000, including two or more related transactions, file a report with the Financial Crimes Enforcement Network. The indictment alleges the defendants repeatedly accepted cash for a variety of jewelry items—including $15,000 for the sale of a diamond ring in June.

The IRS rules governing the mandatory reporting requirements for cash transactions of more than $10,000 can be seen here.

DEA spokesperson Brian McNeal said the assets of the store were seized at that time, including its jewelry.

DEA agents seized from the 36 conspirators around 19 pounds of fentanyl, three pounds of heroin, 100 pounds of cocaine, and 42 pounds of methamphetamine, according to a statement from the agency.

Neither the jeweler nor the defendants could be reached for comment.