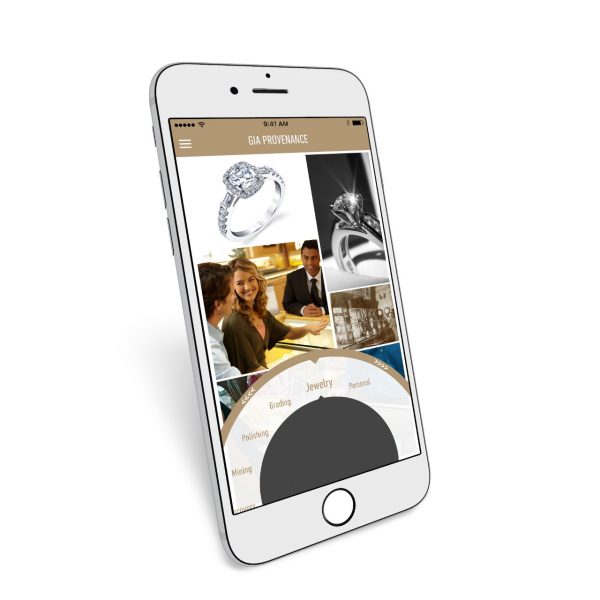 Several [sightholders] have contacted us recently by requesting permission to confirm to supply chain partners that specific goods originate from a primary De Beers source.

Several of the discussions have been in relation to programs such as GIA’s M2M [Mine to Market (pictured)] or other…initiatives seeking to make provenance claims.

We have declined all such requests.

Bradley notes that the sightholder license stipulates that clients need consent to “represent that any particular diamond or diamonds are sourced or originate from us or any member of the De Beers Group” and that doing so without consent is a violation of the sightholder agreement.

The letter says that sightholders currently have tools—including De Beers’ sightholder logo—to inform downstream customers (i.e. retailers) of the provenance of their goods.

We do recognize the increased interest in provenance programs to increase consumer confidence. We are…reviewing ways for you as customers to be able see even greater benefit from your association with De Beers.

There is a lot to unpack here. For one, De Beers and GIA have traditionally been allies, but lately, De Beers has been treating GIA more like a competitor—which it is, in the lab and device business.

(De Beers spokesman David Johnson tells JCK: “[M2M was] just referenced in the communication as this was the program that nearly all of the specific requests from sightholders had been in relation to. [T]he communication [refers] to all provenance programs.”)

In any case, this letter strikes me as wrongheaded.

First, most brands that make provenance claims are geared for the American market. How many stores does De Beers have in the U.S.? Three, plus one boutique. So this new edict is mostly to protect just four stores.

Second, De Beers has long urged sightholders to get more involved with consumer brands. And many brands today make some form of provenance claim. In fact, De Beers’ own brand, the Forevermark, touts its stone as “responsibly sourced,” though it does not specify a particular mine.

If De Beers really wants clients to get involved in branding, it should give them leeway to figure out what works.

But most importantly, as De Beers notes, provenance claims are a potentially powerful tool for increasing consumer confidence. This is particularly important as synthetics continually bill themselves as “conflict-free.”

Diamonds with provenance claims are one of the few sectors of the natural industry that have caused new interest and excitement. By saying its own mines can’t participate, De Beers risks damaging a promising new segment of the industry.

At JCK Las Vegas, I emceed a panel with a De Beers executive who extolled the virtues of storytelling. As well he should; telling great stories made the industry what it is. That’s what M2M and other origin-based initiatives aim to bring back. And while I understand that De Beers would want some control over the stories told about its name, that’s a far cry from insisting those stories shouldn’t be told at all.