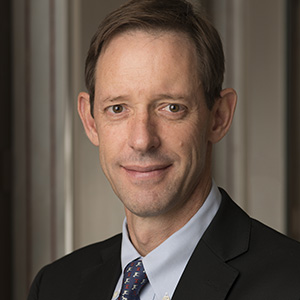 The current malaise in the diamond industry is serious, but it will pass, De Beers Group chief executive officer Bruce Cleaver (pictured) tells JCK following the recent release of the company’s financial results.

“I’m not going to pretend it’s easy, because it’s not right now,” Cleaver says. “The midstream is being buffeted by a series of things that is making it tough for them. There is an oversupply of polished in the midstream, less restocking.”

Still, he’s hopeful that the industry will pick up when demand does.

“I don’t want to underestimate how difficult it is in the midstream right now, but there is a psychological element to this,” he says. “If we get a good season, this will pass.”

One big issue is liquidity, with lenders still reluctant to finance diamond businesses, as demonstrated by a recent letter from ABN Amro that said it will no longer underwrite certain rough purchases.

“That letter wasn’t particularly helpful,” Cleaver says. “The strong businesses in the industry are going to have to find new sources of funding. There is no question that liquidity has grown tighter, and that is causing people to make sales they wouldn’t ordinarily make.”

De Beers is trying to work with its clients to get them back on their feet, and it has cut its second-half production targets, he notes.

“Our sales numbers have gone down, and we are giving them unprecedented flexibility to defer purchases. Our objective is to work with them through this period.”‘

The company also plans to boost its marketing spend significantly this year.

He adds that first-quarter demand in the United States was flat, due in part to stock-market volatility and nervousness over trade. However, second-quarter demand looks “a little better,” and the company is hopeful for a healthy second half. Demand from China also looks strong, though he admits a lot “depends on macro issues that we have no control over.”

While some have suggested lab-grown diamonds could be contributing to the current woes, Cleaver says his data shows “very little cannibalization.

“Our data suggests that lab-grown is having very little impact on the natural,” he says. “Obviously, some sales are being made. I think it’s a psychological factor, but it’s not backed up the data.”

He adds that “we do have to make it clear to consumers what the difference is [between lab-grown and natural], and we want to do more of that.”

In its latest financial results for the first half of 2019, De Beers posted revenue of $2.7 billion, a 17% fall from the prior year. Rough sales fell 21%. EBITDA (earnings before interest, taxes, depreciation, and amortization) totaled $517 million, a 27% fall from 2018.