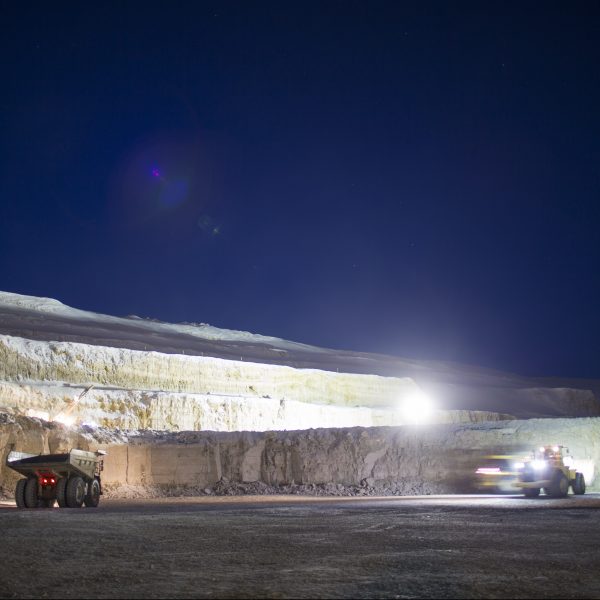 De Beers hopes to have carbon-neutral mining at some of its operations in five years, it announced recently.

De Beers’ project, begun last year, wants to develop ways to store large volumes of carbon through the mineralization of kimberlite “tailings,” the material that remains after diamonds have been removed from the ore during mining.

De Beers notes this is the first project that will assess the carbon-storing potential of kimberlite, the rare, diamond-bearing rock.

De Beers estimates that the carbon storage potential of kimberlite tailings produced by a diamond mine every year could offset up to 10 times the emissions of a typical mine.

“The research is in its early stages and it may take some time before it is economically or practically achievable to tap into this full storage potential,” De Beers Group’s project lead for the initiative, Dr. Evelyn Mervine, said in a statement. “However, even just tapping into a small amount could greatly reduce the net emissions at many of our mine sites in the near future, and possibly lead to carbon-neutral mining at some sites within the next five to 10 years.”

With mineral carbonation, rocks at the Earth’s surface react with carbon dioxide sourced from the atmosphere and lock it away in safe, nontoxic, solid carbonate materials such as kimberlite.

De Beers feels this work could have significant applications for the broader mining industry, as the carbon storage characteristics found in kimberlite rock are also found in other mined rocks, such as nickel and platinum.

“By replicating this technology at other mining operations around the world, this project could play a major role in changing the way not only the diamond industry, but also the broader mining industry, addresses the challenge of reducing its carbon footprint,” said De Beers Group CEO Bruce Cleaver in a statement.