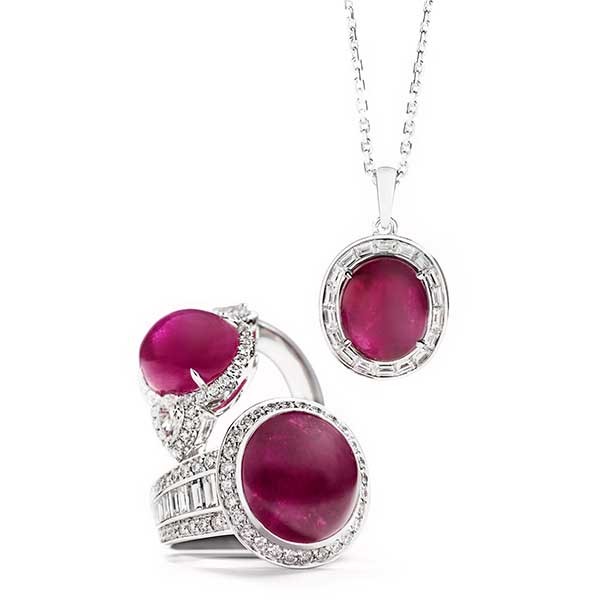 It’s been almost a year since we first learned that the rubies coming out of Greenland are ready for prime time. Home to the Aappaluttoq mine, which is known to produce gem-quality rubies and pink sapphires, the location may be as remote as you can get, but at least one European retailer was intrigued enough to check it out.

Ulrik Hartmann, founder and owner of Copenhagen, Denmark–based luxury jewelry retailer Hartmann’s, visited the Greenland Ruby–owned mine near the southeast coast of Greenland in September, along with Danish television cameraman Michel van Steenwijk, to record his historic visit).

Hartmann traveled to Aappaluttoq by water from Greenland’s capital, Nuuk. The four-hour boat journey is possible only in summer, due to Greenland’s arctic climate.

“The idea that corundum formed beneath this incredible landscape three billion years ago intrigued me,” Hartmann said in a prepared statement. “Introducing this new source of ruby and pink sapphire, while also honoring its isolated, rare, and unique setting, will be a pleasure.”

If the Danish jeweler’s interest in the Greenlandic hoard seems random, it’s not: Greenland has been politically associated with the countries of Norway, Denmark, and Iceland for more than 1,000 years, after Viking explorer Erik the Red established the first colony there in 985. Today the island exists as an autonomous constituent country within the Kingdom of Denmark, and has been transitioning since 2009 to assume complete responsibility for most of its government.

“We’re especially delighted to welcome a Danish retailer as our first full partner, given Denmark’s long relationship with Greenland, ” said Greenland Ruby vice president of sales and marketing Hayley Henning in a statement.

Since Hartmann’s visit, the jeweler’s design team has created a collection featuring more than 50 pieces of Greenlandic ruby and pink sapphire jewelry totaling approximately 300 cts. The prices range from $1,500 to $45,000.

Hartmann’s is known for its expertise in natural colored diamonds (it’s one of only three retailers in Europe to carry the title “Argyle Pink Select Atelier” for its Argyle Pink Diamond collection) and plans to market the Greenlandic ruby jewelry as a luxury product.

The jeweler also plans to focus on the fact that Greenland Ruby gems are mined in a country that has an excellent human rights record, is environmentally responsible, and boasts a stable government and economy.

The mining company has yet to name a U.S. retail partner, but the Hartmann’s deal provides numerous clues as to the caliber of stores it is considering.