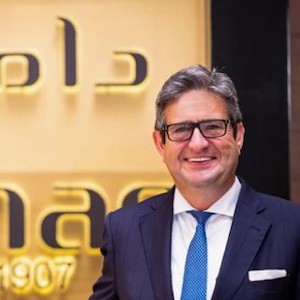 Damas Jewellery, the Dubai, United Arab Emirates–based chain with more than 300 stores across the Middle East, has appointed Luc Perramond (pictured)  its new chairman and chief executive officer, the jeweler announced on LinkedIn.

Prior to that, Perramond served as president and CEO of Ralph Lauren’s watch and jewelry division. From 2009 to 2015, he was CEO of La Montre Hermès, the luxury brand’s watch division.

He has also served as president of H. Stern in Europe and Asia, president of TAG Heuer’s U.S. division, as well as vice president of LVMH’s jewelry and watch division.

“He brings with him a wealth of knowledge and an array of expertise, accumulated over 30 years within the luxury industry,” the company said. “We look forward to soaring to new heights under his exceptional leadership and guidance.”