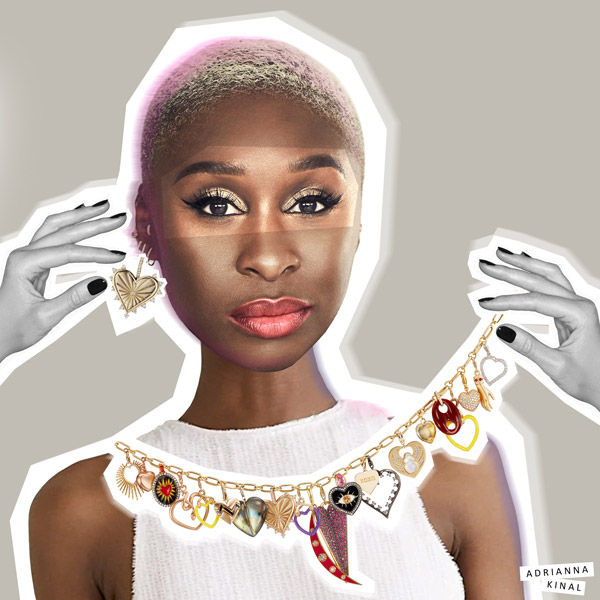 Cynthia Erivo—actress, activist, and style icon—is beloved for a host of reasons. The London-born Erivo is a Tony, Emmy, and Grammy Award winner and has been nominated for two Academy Awards—all by the ripe old age of 33. And here I was celebrating for getting out of bed before my alarm this morning.

Jewelry purveyors may appreciate the multifaceted talent’s penchant for good jewels, a fact that has been celebrated continuously over the last few awards-show seasons. Erivo is consistently outfitted in some of the best accessories (and fashions, for that matter), so it’s fair to say that any news coupling the almost-EGOT winner and our industry is welcome and exciting.

So here it is: Fine jewelry showroom Muse x Muse has announced that Erivo is the latest ambassador to its Have a Heart initiative, in which a collection of heart-shape charms from a roster of talented designers benefit a selection of charitable causes with its proceeds.

For her part as ambassador, Erivo has selected the Loveland Foundation, a charity founded in 2018 to bring opportunity and healing to communities of color—Black women and girls, especially—through fellowships, residency programs, listening tours, and more. A selection of 20 heart charms (all shown on the necklace above) has been curated to benefit the Loveland Foundation, with 10% of each sale going to the charity.

The collection is now available exclusively on Moda Operandi as a limited-time trunk show that ends on August 7. A selection of necklaces and bracelets are available, and each charm can be purchased separately, with prices ranging from $440 to $9,880.

Top: Cynthia Erivo, ambassador for Muse’s Have a Heart (image courtesy of Muse)