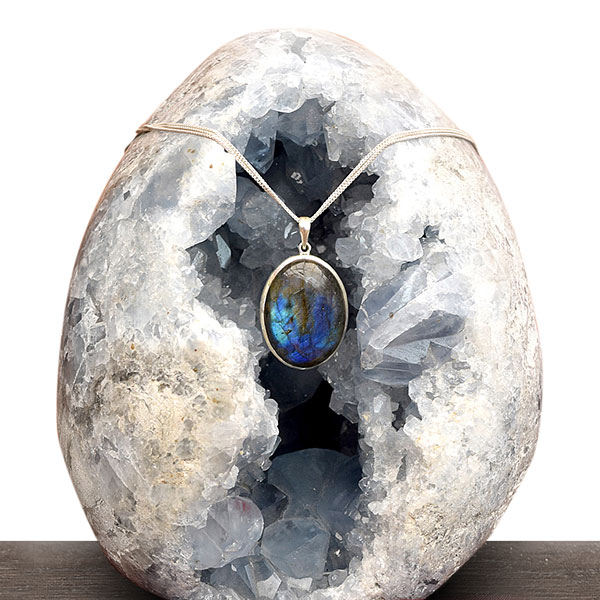 Who can say whether amethyst protects against drunkenness or if moonstone and rose quartz can boost fertility? Whether you believe in the metaphysical properties of gemstones and crystals, most of us are at least mildly intrigued by the possibility.

Meanwhile, the Tucson Gem Show, with its tents and parking lots filled with bathtub-sized geodes glittering in the sunlight, can have a dazzling effect on even the most jaded jewelry pro. But you’re also like, Who buys these things?

I don’t pretend to know, but here’s someone who sells quite a lot of them: Jeffrey Segal, owner of Mystic Journey Crystals, a globally recognized retailer of investment-quality crystals and geodes based in Venice, Calif.

Below, he offers tips for using crystals strategically in a jewelry store environment, both from the point of view aesthetics and alchemy. They are generally good for…

You may already have your store organized like a gallery—light, bright, and tightly edited so that each piece stands on its own, and the designers are presented as artists rather than brand names. It’s a format that has worked well for Segal, who encourages jewelry retailers to create visual and tactile experiences for customers.

“As people surround themselves with these elements from nature, they’ll feel a deeper connection to [the jewelry] they’re investing in,” says Segal.

And respond to the energy that the crystals emit….

Adjusting your store’s energy
Speaking of energy, every jeweler wants their customers to feel relaxed and comfortable when they’re shopping: “Amethyst is a great crystal for any retail space,” says Segal, “because it brings peaceful energy to the environment.”

Citrine has a similarly harmonizing effect. “It’s known as the stone of abundance, which means it carries the power of the sun and is warm, comforting, energizing, and life-giving,” says Segal.

If you’re a designer, or the head of a workshop or artist’s collective, bring in celestite, which is linked to creativity, self-expression, and mental clarity.

Segal also suggests any form of crystal quartz. “It’s a powerful amplifier of positive energy,” he says, which can benefit the general vibe of a creative workspace while having a healing, head-clearing effect on the mind and spirit.

Top: A labradorite pendant draped over celestite creates a unique display of colors and textures.