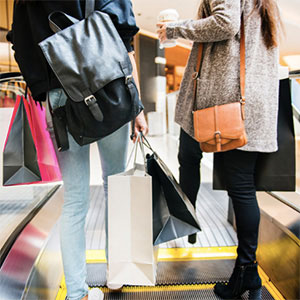 American retail is hurting—and the tools and conditions to heal it may be slow to surface in the COVID-19 era.

A new analysis from Retail Metrics reveals the ongoing impacts of the pandemic, which shuttered stores and shopping centers for months in most regions in the United States beginning in mid-March.

First quarter 2020 retail earnings were the worst on record, plummeting 57.5% year-over-year. Retail sales in May rebounded nicely, surging 17.7% month-over-month and representing the largest one-month gain in history. But the pandemic-induced slide is historic. “COVID-19’s negative impact on retail’s bottom line has far outstripped that created by the Financial Crisis or the Dot.com bubble,” noted the new study.

Here are some findings from the report:

++ The gap between mall (nonessential) and off-mall (mostly essential) retail earnings growth “exploded with mandated store closures,” though “the divergence had been widening over the last several years due to chronic structural traffic declines coupled with prolific mobile shopping growth. First quarter earnings in mall chains cratered by a mind-boggling 626%, while off-mall companies experienced a much less severe 26% year-over-year income drop.”

++ To date, 61 retailers with April-ending quarters have issued calendar Q1 earnings, the results of which show 85% of them turning in lower year-over-year earnings growth. This compares to 71% of the 28 chains with March-ending quarters and 43% of stores with February-ending first quarters. “Intuitively this makes perfect sense given the vast majority of pandemic-related temporary store closures did not occur until mid-March.”

++ Four of seven retailers with February-ending calendar first quarters turned in positive year-over-year operating income gains, including Costco, AutoZone, CarMax, and PriceSmart. “These chains did not experience the wave of temporary store closures that ensued in mid-March and were thus not adversely impacted in their calendar Q1 as their competitors with March- and April-ending quarters were.”

++ Retailers missed lowered earnings expectations by 24.1% on average, “which dwarfed the previous record…highlighting just how unusual the first quarter was, retailers almost never miss expectations, as analysts typically revise expectations lower ahead of earnings season, and retailers come in and beat lowered estimates.”

++ Specialty apparel retailers, deemed nonessential, were hurt the most by the closures. Apparel retail ended up losing $3.141 billion, “with The Gap alone posting a $934 million loss with TJX closely behind with an $886 million shortfall.”