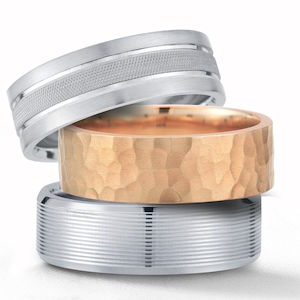 The price was $5.1 million, according to a statement from Continental.

Founded in 1975, Continental Jewelry is a division of Continental Enterprises, a publicly traded Hong Kong company. Its jewelry division includes a factory in China, as well as offices in the United Kingdom, the United States, and Canada.

All the current executives of the Novell will remain with the company, including chief executive officer Bruce Pucciarello and director of sales and marketing Rick Mulholland.

“There will be zero personnel changes,” says Pucciarello, who will retain a 15 percent holding in the company and has a contract to continue as its CEO. “One of the things we were looking for in a new partner is someone that will allow Novell to stay the way it is. The most important thing for me is for my people to have a bright future.

“Nothing will really change,” he adds. “If we didn’t announce this, no one would have known.”

He says that Continental will “take Novell to the next step” with resources it never had previously. He says the company, which specializes in the “couples” market (“I don’t like to say ‘bridal’ anymore,” he admits), wants to reinvigorate the Novell brand.

“I have been traveling around, talking to every store I possibly could,” he adds. “We have ideas about how we could optimize our manufacturing to be helpful to the industry. With the strength of Continental behind it, it will give us the tools to do it.”

Continental’s statement said the acquisition is “a good opportunity for the group to further expand the market share and strengthen its position in the [United States] market.”