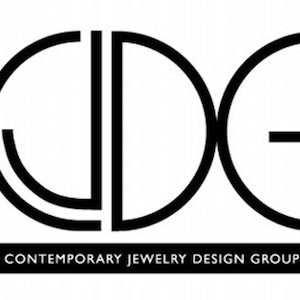 The Contemporary Jewelry Design Group (CJDG), which for 30 years helped up-and-coming and established jewelry designers market and promote themselves, plans to dissolve, the group said in an Oct. 8 Facebook announcement and on its website.

“[W]e relied almost entirely on the collection of membership dues, and we have reluctantly determined that this is no longer an option for the association going forward,” the post said. “While we were continuing to gain new members, the renewal rate for current members continued to drop. Without the will of membership to keep going, we can no longer cover the expenses of the organization.

“Most organizations have a life span, and with changes in social media and the jewelry industry, CJDG has come to the end of its relevance. We have reached this determination with reluctance and sadness.”

It concluded by thanking members for their support: “We’ve have a good run.”

“This had been percolating for some time,” says the group’s executive director, Marylouise Sirignano Lugosch. “It’s a different world, from even five years ago. Many designers are struggling, and the first thing they cut is their group dues.”

The CJDG was founded in 1989 by a group of U.S. designers who felt unable to get the word out about their work and wanted to pool their marketing resources.

“They were doing a lot of trade shows, and they were always up against the big Italian jewelry firms, the big international firms,”  Lugosch says. “They kept saying, ‘Wait a minute. American jewelry designers are doing some really great work.’ It was really hard at that point to get the trade press to cover them. So they figured if they got together in a group, it would help, especially with the shows.”

In many ways, the group fulfilled its mandate, she says. American designers are now a prominent part of the industry and are well covered by the trade press. The CJDG’s website boasts that its members have won more design awards than any other association.

In recent years, the CJDG has focused its efforts in the digital realm, including a website and social media feeds and an auction in honor of the late designer advocate Cindy Edelstein.

“I still think there is a need for a group like ours,” Lugosch says, though it may have to have a different model.

Lugosch remains executive director for the American Jewelry Design Council, which promotes the recognition and importance of jewelry design as art.