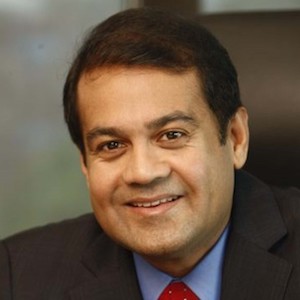 Colin Shah (pictured), founder of Kama Schachter and Kama Jewelry, has been elected the chairman of the Gem & Jewellery Export Promotion Council (GJEPC), the group that promotes the Indian diamond and jewelry industry.

Shah, who previously served as vice chairman, takes over from Pramod Kumar Agarwal, who has completed his two-year term.

Vipul Shah (pictured below), the chief executive officer and managing director of Asian Star Co., has been elected and appointed as the group’s vice chairman. Vipul Shah previously served as chairman of GJEPC from Oct. 2012 to Sept. 2015.

They will both serve for two years.

“The new term at GJEPC starts amidst acute uncertainties due to the ongoing COVID-19 crisis in India and world over,” said Colin Shah in a statement. “It demands a paradigm shift for the industry. The council is focusing [on] recalibrating itself by digitalization across verticals, exploring new ways of reaching customers, and unconventional ways of creating demand for gems and jewelry.”

He said that his priorities are to bring about “favorable policy measures for improving ease of doing business, availability of bank finance, fostering MSMEs [micro, small, and medium-size enterprises], and leveraging e-commerce for trade and business.”

Added Vipul Shah in the same statement: “The current environment is extremely challenging for the Indian gems and jewelry exports. However, we are optimistic that the global consumption will pick up in the second half of this year and global trade will witness an upward trend.”

He said that “bank finance in the gems and jewelry sector, skill enhancement of craftsman and karigars [designers], gold monetization, etc., are some of the recurring issues faced by the industry that need to be addressed [with] priority.”