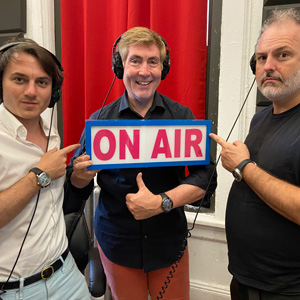 Accutron has long been tied to watchmaker Bulova’s legacy.

Bulova’s Accutron watches, which debuted in 1960, used a then-revolutionary 360 Hz tuning fork instead of a balance wheel as the timekeeping element. It was the most accurate wristwatch on the market until quartz-regulated electronic watches came around roughly a decade later.

The stand-alone Accutron will pivot from the tuning-fork technology to debut the world’s first-ever electrostatic powered movement, according to Jeffrey Cohen, president of Citizen Watches America, in a recent interview with A Blog to Watch.

Hodinkee writer Jack Forster recently wrote that an electrostatic motor “uses the direct attraction and repulsion of positive and negative electrical charge. In its simplest version, an electrostatic motor’s rotor sits between two electrodes, one of which carries a positive electrical charge, and one, a negative. As the edge of the rotor passes an electrode, it acquires a charge identical to the electrode, which pushes that part of the rotor away (like charges repel) causing the rotor to turn.”

Billed as the first full-fledged podcast by a watch brand, the series of approximately 30-minute conversations focuses on Americana culture “and its evolution and expressions through time.” Americana, for those not familiar, is defined as anything related to the history, geography, folklore, and cultural heritage of the United States of America.

It’s a theme plucked from Accutron’s distinctly American legacy. In a prepared statement, Cohen said, “Beyond being a watch, the Accutron brand has been an integral part of American culture since the ’60s. With podcasts becoming the ultimate vehicle for conversation in today’s world, The Accutron Show serves to entertain, inform, and celebrate the history of our country to a new generation of listeners.”

The Accutron Show is available across all major digital streaming platforms including Apple Music, Spotify, and Stitcher, with a new episode posted weekly.