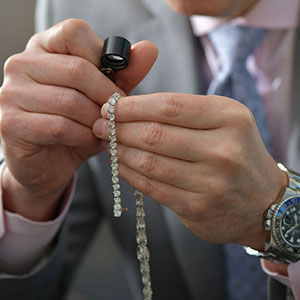 Preowned jewelry and watch buyer Circa is merging with Mondiamo, which handles diamond buybacks for Blue Nile.

While Circa has had equity investors in the past, with this merger, Circa will become a subsidiary of Mondiamo’s owner, New York City–based investment firm Adama Partners. Adama is also a minority owner of Blue Nile.

For now, Circa and Mondiamo will stay as separate brands, says Schneider.

“When the transaction is completed, which should be today, we will begin integrating the back-end elements,” he says.

Circa is both an online and brick-and-mortar brand, with 12 buying offices worldwide. Mondiamo is an online service, which generates leads through Blue Nile and other sources.

“Each one has strengths and capabilities the other can leverage,” says Schneider. “What we have seen with Mondiamo is there is a psychological barrier for people to put an expensive piece in a FedEx box. We have the opportunity to create a clicks-and-bricks synergy. It is much easier for us to interact with people in a physical location.”

And while a lot of the hype about the second-hand market has cooled off, Schneider believes it still represents a huge opportunity.

“Based on our proprietary research we still see a significant volume of product out there,” he says. “The last cycle was around 2010 and 2012. If there is an economic downturn, that could spark it again.”

“I read the De Beers release and I respect the leadership there. I don’t necessarily agree with that specific statement. I think there are advantages to all these business models. Both will coexist. For most sellers, the consignment solution is not a good one. We see the competition as old-school brick-and-mortar.”

Circa was founded in 2001 with ambitious plans to dominate the second-hand business.

“Circa was the original innovator,” says Schneider. “Its initial growth was founded through a massive innovation in print advertising.”

But it soon went through a series of management changes. Co-founder Chris Del Gatto, who served as CEO from its inception, left in 2011.  In 2014, it bought a site that sold preowned luxury items, Portero.

Circa “grew too fast earlier this decade,” says Schneider. “They basically couldn’t contain the growth. The company has learned its lesson. It has amazing people.”

He says Circa will likely beef up its digital capabilities and may open new offices, but also says “we will try to be responsible and thoughtful about how we grow.”