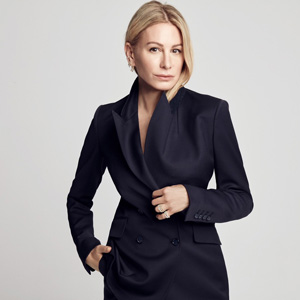 Jewelry designer Jennifer Fisher, who almost single-handedly elevated hoop earrings to high fashion with her chic namesake collection, has been nominated for the 2020 CFDA American Accessories Designer of the Year Award.

Fisher is the only jewelry designer nominated for any CFDA award this year, and this is the second consecutive year she’s been nominated. The other nominees in the Accessories category are Mary-Kate and Ashley Olsen for the Row, Gabriela Hearst, Stuart Vevers for Coach, and Telfar Clemens for Telfar.

“It’s very nice to be recognized two years in a row in such a competitive category,” Fisher tells JCK. “It feels incredible to be the only person [nominated] that exclusively manufactures jewelry.”

Before launching her jewelry collection in 2005, Fisher was a wardrobe stylist on feature films, television shows, and commercials in New York and Los Angeles. Her first foray into designing was a name necklace she made to celebrate the birth of her son. She received so many requests for it from friends, she pivoted full-time to jewelry design.

Fisher was a finalist for the 2012 CFDA/Vogue Fashion Fund and was nominated for an Emerging Talent Award at the 2014 CFDA Fashion Awards, the same year she opened her flagship store on Fifth Avenue. Famous fans, including Jennifer Lopez, Katy Perry, Michelle Obama, and Selena Gomez, flocked.

Here’s who nominated in the various categories:

The winners will be announced Sept. 14, during New York Fashion Week.