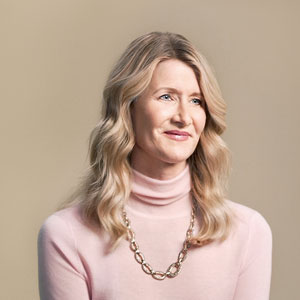 Themes of inclusivity and equality are explored—and some pretty fantastic jewelry is showcased—as cast members speak directly into the camera about changes they’d like to see happen the world.

The full 60-second video will be posted this weekend, but here’s 30-second teaser:

The brand first developed the Pomellato for Women platform in 2017 to “highlight the importance of female leadership and a more authentic idea of natural beauty,” according to the company—and was founded by a cross section of women from various disciplines.

The maison reported in a press release that “most of Pomellato’s clients are women buying jewels for themselves.” The brand is also majority female-run and -operated: Pomellato’s workforce is 74% female and has been headed by Belli since 2015.

“In today’s tumultuous political climate, we have a responsibility to do what we can,” said Belli in the same statement. “As head of a luxury brand company designed for women, of course Pomellato will use its forum to call for change and promote inclusivity. We stand in defiance to gender inequality, bigotry, sexism, homophobia, transphobia, xenophobia, to any fear of ‘the other.’ We raise our voices loud and our spirits high. We are hopeful for a healthier, more unified, more inclusive future.”

Top: Laura Dern in the Pomellato for Women video wearing a Pomellato necklace (photo and video courtesy of Pomellato)