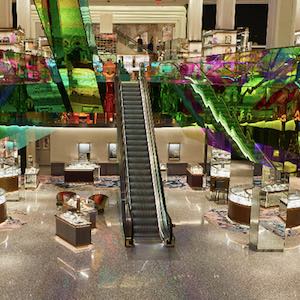 Cartier and Saks seem to have settled their 14-month-long lawsuit, filed when Cartier was asked to vacate what it deemed a prime location on the main floor of the Saks Fifth Avenue New York City flagship.

The “stipulation of discontinuance with prejudice,” was filed in New York State Supreme Court on Jan. 8.

Cartier’s initial complaint, filed in October 2018, said that its boutique had been moved out of its preferred position in the Saks flagship, two years after it signed a five-year lease for the spot. When Saks suggested that Cartier move to another spot in the store, Cartier complained that the proposed location did “not align with [its] positioning and image standards,” according to its legal papers.

Saks fired back in a counterclaim that it had a legal right to request that Cartier give up the spot, as it was undergoing a $250 million renovation that represented  “a change in its business model.” It argued that Cartier had been offered a “prime location” as part of its Vault (pictured at top), Saks’ new downstairs location devoted to jewelry, which opened last year. However, Cartier had “inexplicably” declined that spot, it said. The counterclaim sought damages based on what it deemed Cartier’s reluctance to vacate the space following Saks’ termination order.

Cartier eventually did vacate the space, and in March 2019, Saks withdrew its counterclaim as moot.

Neither company responded to a request for comment—although Cartier products can still be seen on Saks’ site.