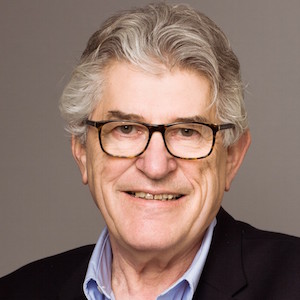 Vantyghem was born in Antwerp, Belgium, shortly after World War II. In 1972, he and wife Arlette immigrated to Canada.

“His father had traveled to Canada,” said son Kevin Vantyghem, who serves as the family company’s vice president. “So while my father was growing up he heard many stories about Canada, and that laid the groundwork for his eventual move. He already had a brother and a couple of aunts here.”

In Canada, he worked a variety of jobs and connected with some family members who owned an Antwerp diamond factory.

“He took the chance and used much of his savings to buy his first parcel of diamonds, which fit nicely into his pocket,” Kevin said.

After forging connections with local retailers, Ralph founded Vantyghem Diamonds in 1973. In 1998, he patented the Antwerp Ideal, a branded ideal- cut diamond. By 2000, Canada had become a major diamond producer, and he began supplying locally mined diamonds to domestic retailers.

In an obit, Kevin called his father a person who went “above and beyond” for his customers.

“He had the upmost respect for his fellow competitors in the industry and chose to always strive to do his best and keep a positive attitude in any situation,” he said. “He exhibited the kind of work ethic and respectability that one wishes were characteristic of all our industry members. For someone consistently always striving to improve in his business relations when there is no reward for doing so is truly admirable.”

Ralph Vantyghem is survived by Arlette, his wife of 48 years who also worked in the business; son Kevin; daughter Sharon; and four grandchildren.

Donations in his memory can be made to the Canadian Hospice Palliative Care Association.