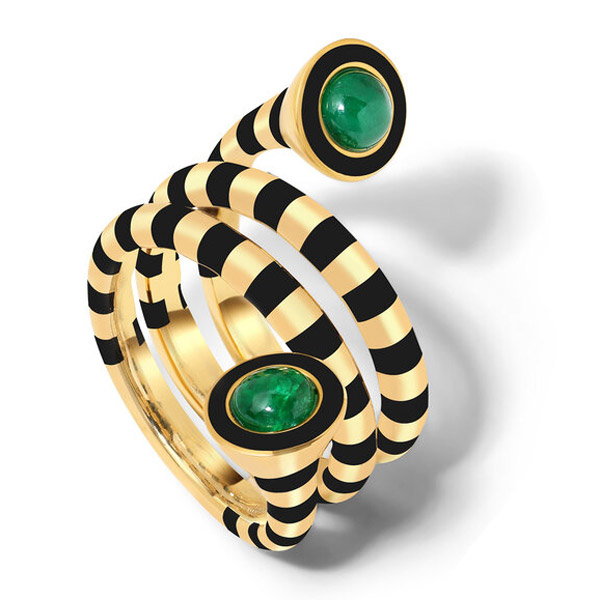 The Wizard of Oz. Beetlejuice. The Addams Family. The Harry Potter series. The Nightmare Before Christmas. All films that, while not specifically made for Halloween, are splendidly spooky choices to enjoy on a big screen this time of year, cuddled up with a blissfully blended bowl of popcorn mixed with candy corn (you can only take a few bites before you feel like your teeth are going to fall out, but it’s worth it).

What do these films have in common? Besides all being great fun, they have a central costume element that makes memorable appearances: stripes. The Wicked Witch of the East’s socks, as seen on her feet as they poke out from the house that dropped on her; Beetlejuice’s entire costume, but mostly in the scene in which he turns into a sandworm (so creepy!); Gomez Addams’ iconic suit—Jack Skellington’s as well; the house scarves at Hogwarts. Stripes play a part in each film in a way that ties them into the spirit of Halloween, a holiday in which the pattern is often central to our greatest costumes.

That’s precisely why this ring from State Property is so befitting of this coming holiday. Its wide black stripes, done in a glossy enamel, are perfectly contrasted against a setting of 18k yellow gold.

The stripes are somewhat of a signature from the Singaporean jeweler, and in fact I had planned to feature a simple (but chic) band with the style until I saw this one. But this piece, though actually inspired and named for world cyclist Bimal Mukherjee, has all the elements of a Tim Burton–esque Halloween one could hope for.

Its wrap style mimics that of a snake, all slink and stealth. Its two emerald rounds, presumably inspired by the wheels of a bicycle, are like two glowing eyes, or even the two heads of a mythical creature, hauntingly brought to life in a stop-motion animation feature.

If that isn’t your bag, there are stripes galore available from the brand, including on signet rings and other beauties, in black enamel but white and red too. They’re all part of the jeweler’s Voyager collection, inspired by Carl Sagan’s Golden Record phonographs on the Voyager 1 and 2 spacecrafts. Now it makes sense as to why these styles feel so out of this world.