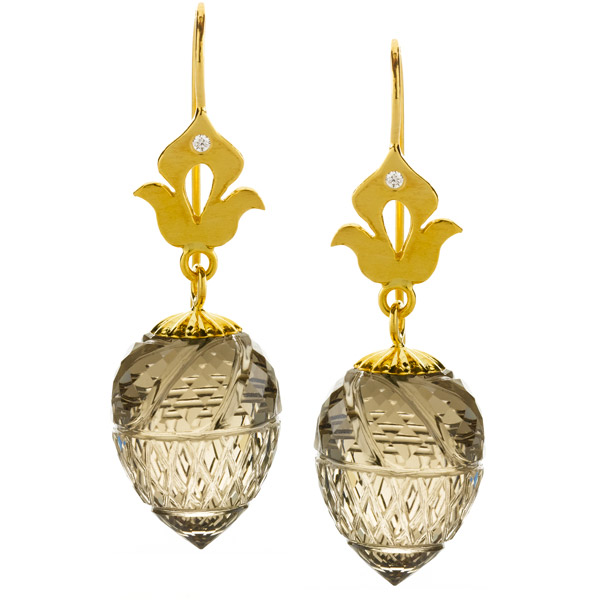 As we near mid-October, and time is—perhaps inexplicably—charging forward at warp speed, I’m trying desperately to absorb the wondrous things about autumn. I know that in a matter of mere weeks, the colorful leaves will be but a memory, the pumpkins will be chopped up and made into stew (or tossed into the compost), and the silly, spooky jingles we’ve been singing along to will transform into the jolly sounds of holiday carols. In a year that couldn’t be over soon enough, it does miraculously seem to be going fast.

So I’m doubling down on all things that smell like pumpkins, watching all the Halloween films and television specials I can, eating all the seasonal goodies I can eat. Though many of us don’t often allow it, a period of transition between Halloween and the holiday season is warranted (it is, in fact, dubbed Thanksgiving). It’s a gentle slope when the oranges and browns and yellows expand to allow burgundy and hunter green, before the signature red and green of Christmas take over. It’s when the jack-o’-lanterns turn to cornucopias before the Christmas trees and menorahs take center stage.

Shamila Jiwa’s earrings embody much of what that transition should look like. They’re a remarkable emblem of autumn, and that smoky quartz is the brown I find myself reaching for this season. Though they’re a beautiful symbol of fall, I find them even more evocative of Thanksgiving and a natural fit for Christmas.

Golden emblems—the “minaret,” a slender tower typical of mosques—each dotted with a single diamond are inspired by the architecture of Istanbul. Through them, we get a sense of calm—and of travel and adventure.

What dangles from the earrings are what steal the show: In a hue ideal for fall, the smoky quartz is beautifully carved to reveal an ornamental design that would have its wearer dolled up like a Christmas tree. I imagine this pair to be as fun to wear as they would be to touch, feeling the textured faceting as your fingers graze that crisp, cool stone.

Dangling earrings aren’t typical of the styles I’ve been talking about recently, feeling instead pulled toward the low-maintenance pieces you never have to take off (along with those three-day sweatpants). But as the holidays are upon us, whether you’re able to gather with family or not, something to adorn ourselves with is so utterly necessary. A style like this would be a gift for the ears as well as for the soul.