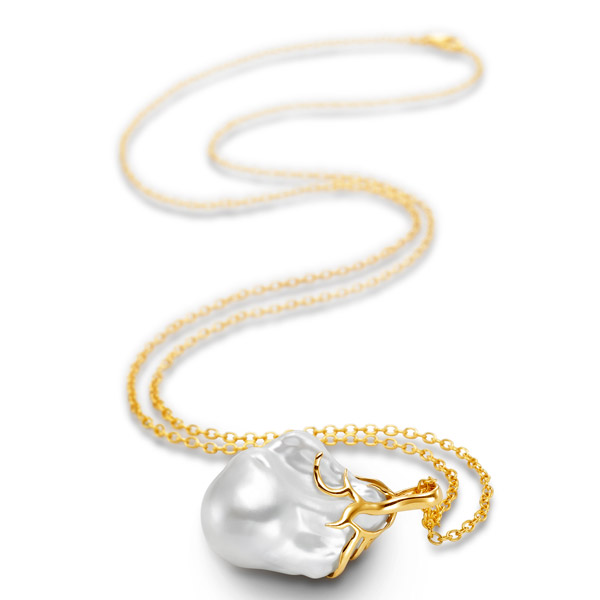 I’ve been on a bit of a pearl kick lately, prompted by a feature I wrote for JCK magazine’s pearl supplement (look for it in the May issue—I’m so excited!). There are a lot of cool things going on with pearls, if you didn’t already know that. I had some idea, as I’ve been delighted with a number of designers doing things with pearls that feel so fresh and new and quite frankly anti-classic (I say this as a good thing). But wow. There’s just so much more than I realized. And I have a feeling I’ll continue to be impressed.

Mastoloni Pearls is an expert at what it does—and what it does is pearls. It didn’t start out that way in the 1920’s, when Frank Mastoloni Sr. founded Frank Mastoloni and Sons, specializing in a range of materials—coral, jade, cameos, and pearls. By the 1940s, though, the company had been refined to specialize in cultured pearls, and it’s been doing it ever since, growing as a family business through the generations.

So, obviously, you’ll find a good deal of the classic styles with this brand. But even their Signature collections impart a sense of innovation, with contemporary silhouettes and details that feel different from just any strand or stud.

This latest piece, though, is really something. It’s quite simple, but that’s its superpower: The design allows the baroque freshwater pearl to be the focal point. Still, the pendant doesn’t shy away from detail. Branches of gold graze the surface of the pearl, their fingerlike lines curling at its top, descending from the bail, all dangling from a 28-inch chain. It’s fairy tale–esque to me, and with a collection name like Fireball, it conjures images of dragons and knights. Maybe it’s Game of Thrones that I see, which would be really appropriate with timing, as the final season is set to air on Sunday.

This is just one example of the pieces from Mastoloni’s Fireball collection, though it is my favorite. You can see more at the upcoming Luxury by JCK show and at mastoloni.com.