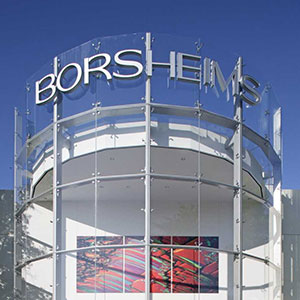 Longtime Borsheims Fine Jewelry director of security Mike Noyes has announced that he plans to retire at the end of the year.

He spent 23 years heading security for the Omaha, Neb.–based retailer. His motto was “good safety and security practices are never convenient.”

In addition to his work at Borsheims, Noyes has served as chairman of the Omaha chapter of the American Society for Industrial Security.

In July, his son, a member of the Nebraska Army National Guard, bought his wedding band from Borsheims. It was partially made from shrapnel from a roadside bomb that damaged his Humvee when he was deployed in Iraq more than a decade ago, according to local newspaper Omaha World-Herald.

Over the years, Noyes cultivated a team of more than 100 security officers, many of whom have moved onto careers in law enforcement, private security, or public administration.

“We are a better organization, a better team, working in a safer and more secure workplace because of Mike’s guidance and influence,” said Borsheims president and CEO Karen Goracke in a statement.

Noyes’ retirement plans include spending more time with his wife of 38 years, his four sons, and the rest of his family.

Borsheims is owned by Berkshire Hathaway, the holding company chaired by Warren Buffett.