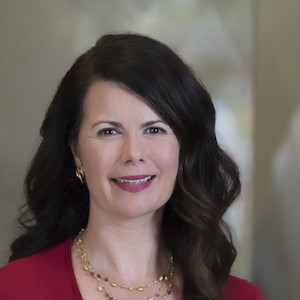 Borsheims has promoted Adrienne Fay (pictured) to vice president of the Omaha, Neb., jewelry store, where she will oversee the customer purchase journey.

In her new role, Fay “will bring together every part of the store that interacts with customers and unite them in a true omnichannel approach” and ensure that “customers shopping online, by phone, or in person will have the same excellent experience that is a hallmark of Borsheims,” according to a statement.

Fay is a 15-year veteran of the Berkshire Hathaway–owned store, most recently serving as its director of marketing and business sales. In that role, she led the marketing team, grew and managed Borsheims’ business sales division, and guided the store’s philanthropic efforts.

Buffett said in the same statement, “Borsheims has been in business for nearly 150 years due to its leaders’ ability to adapt to the environment around them. The evolving business focus and Adrienne’s promotion to this new role are evidence of that.”

Borsheims president and chief executive officer Karen Goracke said in that statement, “Whether it’s an online sale, a live chat that leads to an in-store consultation, or research conducted on borsheims.com for a special purchase, we are designing all our business functions with the customer in mind. Adrienne has the ideal skills to lead us in that direction.”

Next year, the store will celebrate its 150th anniversary.