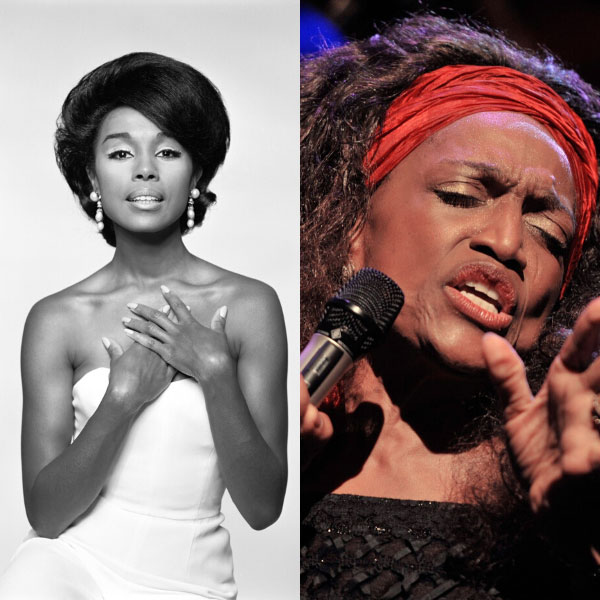 On Tuesday, Bonhams Los Angeles is hosting two concurrent auctions, which both include special treats for jewelry collectors who appreciate good design and stellar provenance: the estate of actress Diahann Carroll and California Jewels, which will feature a selection of jewels from the estate of opera singer Jessye Norman.

Carroll is famous for being a trailblazer, having gained recognition by breaking through the Hollywood color barrier. In 1962, she became the first African American woman to win a Tony Award for best actress for her work in the musical No Strings. An Academy Award nomination for best actress followed in 1975 for Claudine, and Carroll made television history with her roles in Julia and Dynasty. (Personally, I loved her in USA’s White Collar.)

Norman is well-known if you grew up, as I did, in a household where the great operas were played even more frequently than Bob Dylan and the Band. She was a mezzo-soprano with the clearest, richest tones and a  window-shaking vibrato (here she is singing “Habanera” from Bizet’s Carmen). She was a commanding, regal, rapture-inducing diva before that descriptor developed a negative connotation.

“Diahann Carroll and Jessye Norman were known for their absolute stage presence. They had big personalities and a great sense of personal style,” says Emily Waterfall, director of jewelry at Bonhams Los Angeles.

“Carroll was elegant and an exquisite beauty. Her iconic hairstyle, a long bob parted on the side, was perfect for a large pair of earrings or necklace. She had some great 1970s pieces, including the Tiffany zodiac featuring her sign, Cancer. Also a Cartier Love bracelet signed by Aldo Cipullo that has never gone out of style.”

In a formal statement, Carroll’s daughter Suzanne Kay added, “My mother was a fascinating, complicated, beautiful, and talented woman who lived life to the fullest. As she traveled the world, she collected art, furniture, and clothes that she loved and she firmly believed she deserved to have the best. She was a woman who never let anyone else define her.”

“Norman’s powerful and rich voice made her a star all over the world, and she was never without statement jewelry that could be seen from the stage,” says Waterfall. “The pair of Georges L’Enfant butterfly earrings are a great example of an expressive, curvaceous, and bold design that were a powerful play of color, perfect for a Norman performance.”

What a wonderful way to celebrate the lives of these two remarkable women and their contributions to performing arts and American Black history.