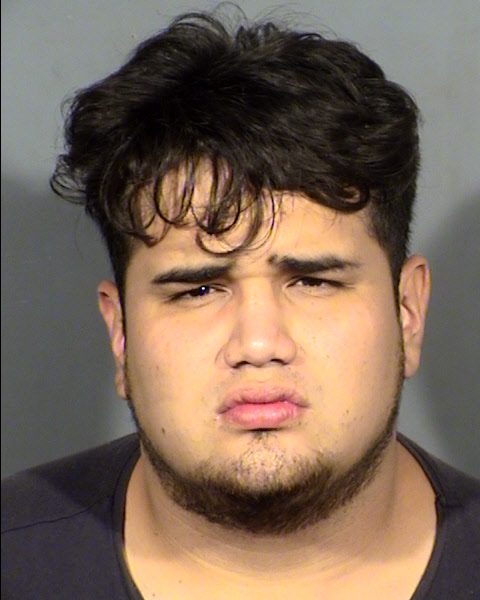 On March 25, four men wearing masks broke into a jewelry store at the Bellagio Hotel and Casino, in Las Vegas, using sledgehammers.

According to the Las Vegas Metropolitan Police Department, at a little before 1 a.m., police were summoned to the famed Strip hotel following reports of gunshots. They instead found four men using hammers to break into a closed Rolex store. The “gunshots” turned out to be the sound of glass breaking.

Regardless, fears of an active shooter caused casino guests and shoppers to flee the building.

One apparent eyewitness Tweeted this memorable image of a burglar in a pig mask:

Literally just witnessed an armed robber in a pig mask at a Rolex store at the Bellagio & then his arrest  #bellagio #vegas #rolex #robbery pic.twitter.com/m53T6bHS2z

One suspect, Sebastian Gonzalez (pictured), has been arrested, while the other three are still at large, Vegas police said.

No injuries were reported, and it’s not clear if the suspects got away with any watches.

Scott Guginsky, vice president of the Jewelers’ Security Alliance, says the episode shows that crimes can occur in public areas like the Bellagio.

“There isn’t a location where crime can’t occur,” he says.

It also showed that criminals are increasingly targeting high-end timepieces.