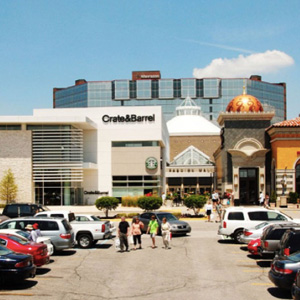 As Georgia, Texas, South Carolina, and other states begin to reopen this week after business closures that lasted for more than a month, the largest mall owner in the United States is preparing to get back to business.

Simon Property Group announced it will reopen a number of its 49 shopping centers beginning Friday and ending Monday, May 4. The company will open properties in states where mandatory closure orders have been lifted: Tennessee, Georgia, South Carolina, Mississippi, Arkansas, Oklahoma, Missouri, Indiana, Texas, and Alaska.

It should be noted that Simon’s CEO, David Simon, is a member of President Trump’s committee of executives that have been tasked with helping to reopen the economy.

And a trip to a Simon mall won’t be like it was pre-coronavirus. In an attempt to stop the spread of COVID-19 on its premises, the company is instituting safety measures designed to protect both workers and consumers. According to CNBC, which obtained an internal memo from Simon on its plans to reopen, business hours at centers will be limited to 11 a.m.–7 p.m. Monday through Saturday, and 12–6 p.m. on Sunday to allow for overnight cleanings. And mall employees will been directed to regularly sanitize high-touch areas including food court tables, virtual directories, and doorknobs.

The shopping centers will also be handing out “CDC-approved” masks and hand sanitizer wipes to consumers who want them and will offer on-site temperature checks.

None of those procedures will be mandatory. But social distancing will be strongly encouraged (and will likely be enforced by the herd). Simon is putting measures in place to make staying apart easier, including closing play areas, turning off drinking fountains, putting tape over every other sink and urinal in restrooms, placing decals on floors to show shoppers where to stand, and restricting the number of people who can sit in food courts.

The company writes in the memo that it’s encouraging its retailers to use contactless payment systems such as Apple Pay to limit person-to-person contact during transactions.

How many of Simon’s retailers will reopen inside its door is a big unknown. Another factor in question is how willing consumers are to shop in enclosed environments. A recent study from Coresight Research revealed that 45% of those polled said they plan to avoid shopping centers, public transportation, and other crowd-based locations, even after they reopen.

Top: Fashion Mall at Keystone in Indianapolis, one of the Simon malls that will soon reopen (photo courtesy of Simon Property Group)