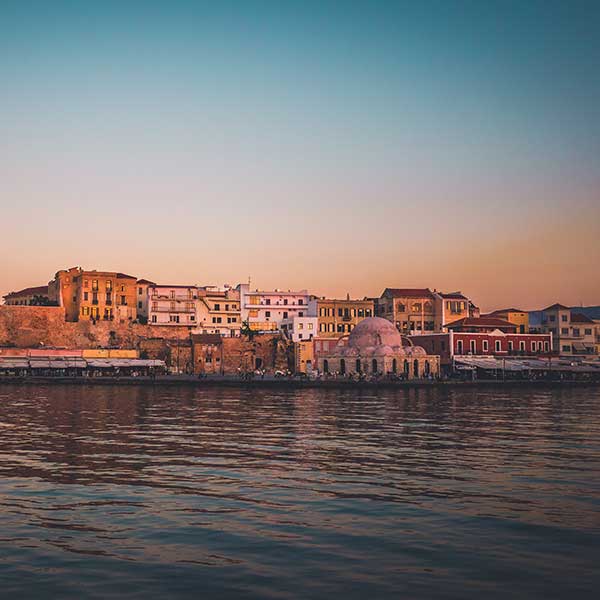 From June 27 to July 3, I hobnobbed with some of the jewelry trade’s coolest cats on Crete—Greece’s largest island and the fifth largest in the Mediterranean—where we all gathered to celebrate the 10th wedding anniversary of Manos and Kelle Phoundoulakis (#10yearsofphou). Many of you know Manos, a sales rep with Omi Privé, because he’s a social butterfly extraordinaire: gregarious, charming, generous, and well connected. But if you haven’t met his lovely and equally charming wife, Kelle, you’ve missed the best part.

I consider both of them dear friends, so when they extended the invitation to me and my sister, Julia, to join them in Crete this summer to help celebrate a decade together, we deliberated for all of two minutes. Yes, yes, yes!

It was my first trip to Greece; I couldn’t have chosen a better entry point. Crete is the mythical birthplace of Zeus. After spending five days there, I have no trouble believing it. Of course the most powerful god in the Greek pantheon was born of the island’s rich earth. And, of course, Manos followed him several millennia later. The Cretans (not to be confused with cretins!) are hearty, warm, hospitable people, and, like all Greeks, they believe in eating, dancing, and breaking plates until the wee hours.

I fully expected Manos’ parents, Jenny and Takis Phoundoulakis, and his extended family—including his cousin Alex, who works in the family jewelry business in Rhode Island—to be as loving and welcoming as our hosts. What I wasn’t prepared for was the massive crew of fun-loving, super-friendly jewelry folk who joined the festivities from the United States.

We all based ourselves in the historic town of Chania, whose atmospheric seaside setting dates to the 14th century, when the Venetians ruled the isle. Known for its quaint Venetian harbor, Chania is home to picturesque cobblestone streets crowded with shops that are a souvenir-hunter’s dream. Between the leather sandals, cotton beach towels, gold pendants, ceramic dishes, olive oil soaps, and local honey on offer, I tried—but failed—to staunch my spending.

In the end, though, I didn’t feel too bad about it because Manos and Kelle generously treated us to several splashy meals and evenings out. The weekend saw us crisscross the island, from a welcome celebration at a rented villa overlooking the Mediterranean to an emotional Saturday night anniversary dinner on a rocky west-facing beach with a killer sunset that coincided with my 45th birthday.

We capped the weekend with a decadent Sunday fun day at Mama Mia Beach Bar, about 20 minutes west of Chania, where virtually all of us lounged under umbrellas, drank frou-frou cocktails, got massages, and floated in the glorious waters of the Mediterranean.

And a wonderful reminder of why this business is like no other. Happy 10th anniversary, Manos and Kelle! Count me in for the 20th.