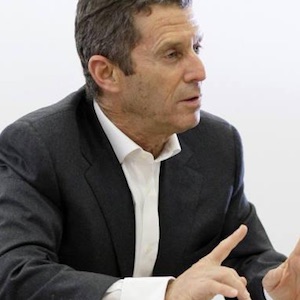 On Jan. 22, a court in Geneva found diamond and mining magnate Beny Steinmetz (pictured) guilty of corruption for allegedly bribing the wife of the former head in Guinea in exchange for mining rights.

BSGR, which stands for Beny Steinmetz Group Resources, had been accused of paying $8.5 million to Mamadie Touré, the fourth wife of Guinea’s then-president Lansana Conte, in exchange for the rights to the Simandou mine, one of the largest iron ore deposits in the world. The concession has previously been held by Rio Tinto.

The court fined Steinmetz 50 million Swiss francs and sentenced him to five years in prison.

He has 10 days to appeal his judgment; his lawyer has said that an appeal will be filed.

Steinmetz could not be reached for comment, but in a statement quoted by Reuters, he said that “I remain totally combative and confident, justice will establish the truth.”

His lawyer told a Swiss publication that Steinmetz “never took part in a bribery pact” and pointed to flaws in the witness testimony.

Steinmetz has consistently denied the charges, which were first filed in 2019.

In court testimony, Steinmetz denied that he was head of BSGR, but merely its “owner and ambassador.” The company entered administration in 2018.

But a court statement said that Steinmetz was the “effective manager” of the group, and it hid a series of “complex arrangements…and screens” to cover up the payment from BSGR to Mamadie Touré.

It added that the “defendants subsequently sought to cover up their actions and erase all traces of them, by restructuring companies, drawing up false accounts, and seeking to get Mamadie Touré to make false statements and destroy the incriminating documents.”

Swiss NGO Public Eye said the verdict “sends a strong signal to the entire commodities’ industry, a sector which is highly exposed to corruption risks.”

In 2014, Frederic Cilins, who has been described as a Steinmetz associate, pleaded guilty in Manhattan federal court to obstructing a criminal investigation, after admitting he asked Touré—who was acting as cooperating witness—to destroy evidence of the alleged bribe.

Steinmetz has denied any involvement in or knowledge of the incident.