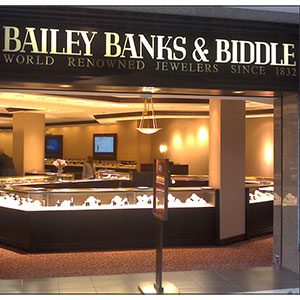 In the last two months, Bailey Banks & Biddle—one of America’s oldest and most prestigious jewelry chains—has shut stores in Houston and King of Prussia, Pa.

The Austin, Texas–based chain still has three stores in Texas: in Plano, Dallas, and at Town & Country Village in Houston. That’s down from 2015, when it had eight stores overall.

In February, it closed its store in the Galleria in Houston, according to a notice on its website.

An email from company management to employees said the Houston store was closed “as the result of our ongoing negotiations with [mall owner] Simon Property Group.”

“This is an isolated incident,” said the email. “The overall health of the company is on track and trending in a positive direction.”

This week, the company also closed its store in King of Prussia, Pa.

“We are very sorry for any inconvenience this may cause,” said a March 12 post on Facebook. “We took great pleasure in serving you since we’ve opened our doors and would like to continue our relationship.”

The company’s president and attorney did not return requests for comment. An email to customer service said it had referred the query to the company’s board of directors.

The news comes as Indian authorities and a U.S. examiner have linked the chain to associates of Nirav Modi, the Indian diamond billionaire who has been charged with defrauding Punjab National Bank (PNB) of billions. He denies the charges.

In a report from last August, John Carney, the court-appointed examiner for three companies formerly owned by Modi, wrote that Modi subsidiary Synergies purchased Bailey Banks’ intellectual property in 2009. According to the Times of India, a recently filed charge sheet alleges that Modi transferred some PNB money into the chain.

Last week, Modi, whose whereabouts have been mostly unknown since he was charged last year, was spotted in London by The Telegraph.

Bailey Banks was founded in 1832 and was purchased by Zale Corp. in 1962. In 2007, Zale Corp. sold the chain to Finlay, which declared Chapter 11 and liquidated two years later.