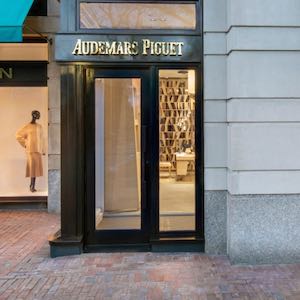 She will be based in the watch company’s New York City office, and will oversee all of the watch brand’s business activities in North America and Latin America.

She takes over from Patrick Ottomani, who served in the role since August 2019.

Wright has served as president of Kiehl’s USA since 2019. Prior to that, she was global deputy general manager of Ralph Lauren Fragrances. Both are owned by L’Oreal.

She will report to Audemars Piguet’s chief commercial officer, Yves Meylan, and global CEO, Francois-Henry Bennahmias. They are both based out of the company’s headquarters in Switzerland.

Wright started her career in media relations, working for clients including General Motors and St. Jude’s Children’s Hospital. She received her bachelor’s degree in economics from the University of North Carolina at Chapel Hill, and her master’s in international luxury brand management from ESSEC Business School in Paris.