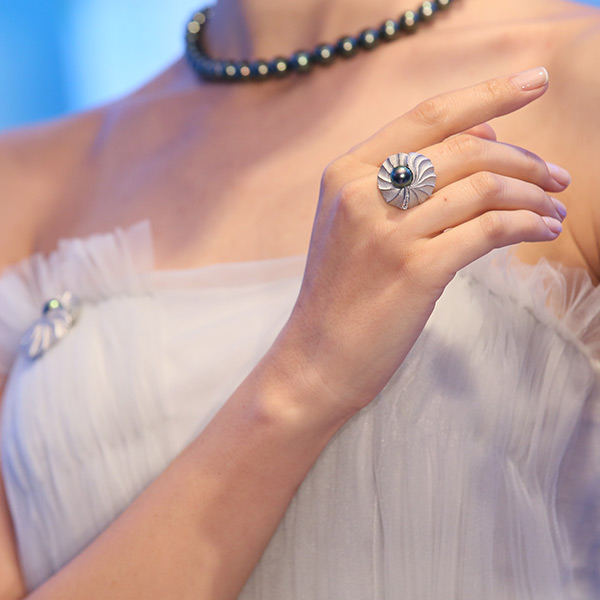 Benjamin Chau, deputy executive director of the HKTDC, acknowledged that the industry faced an uncertain global economy but that jewelers had been actively enhancing their design and R&D capabilities in recent years, which helped attract the record-high attendance. “There was a satisfactory growth in attendance from emerging markets such as mainland China, India, and Asian countries such as the Philippines, Singapore, Malaysia, and Indonesia,” he said.

Interestingly, the HKTDC commissioned an independent on-site survey during the show and interviewed 1,347 exhibitors and buyers to gauge their business expectations in the future. Not surprisingly, the U.S.–China trade tiff weighed heavily, but the survey found that 60 percent of respondents were neutral or positive about their export performance in the near term. Some 80 percent were optimistic or neutral about the prospects of mainland and the United States resolving trade issues.

The survey indicated that 61 percent of respondents expect to see no change this year in overall sales, while 33 percent expect sales to increase. Just 6 percent expect to see a sales decline. Some 47 percent of respondents anticipate production or sourcing costs to rise, while 68 percent anticipate that prices will remain unchanged. Some 25 percent say that prices will rise, while 7 percent say prices will drop.

Over the coming years, most are anticipating the most substantial growth in demand to come from consumers in mainland China.

The survey concretely underscores what JCK, anecdotally, found at the show. That is, that the Asian jewelry market at the Hong Kong show is generally optimistic about the business outlook, despite the current global uncertainties caused by the U.S.–China trade war.