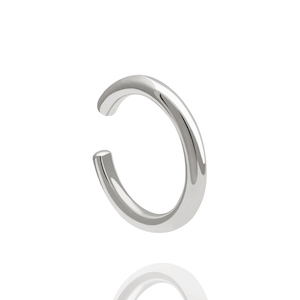 Earlier this year, the brand launched a U.S. website and staged two pop-up stores in New York City’s SoHo neighborhood in March and June. The company has what it calls a “multichannel” strategy, selling online though its own e-tail and social media channels, as well as retailers such as Selfridges in London and Le Bon Marché in Paris.

According to the brand, celebrity fans include Halsey, Lucy Hale, Emma Roberts, and Jessica Alba. It boasts more than 150,000 Instagram followers.

Founded by chief executive officer Connie Nam—now the mother of two children under the age of two—in 2012, the mostly female company has grown at more than 200% annually and quadrupled its team size in less than two years, according to a statement. It calls itself “highly profitable.”

“We drop something new every month and understand that the modern millennial wants to change up their jewelry collection while keeping their pieces high quality,” said Nam in a statement.

“We are excited to invest in Astrid & Miyu,” added Markus D. Lampe, chief executive officer of Aeternum Holding, in the same statement “We love the idea of a brand envisioning ‘East meets West’ conceived by a smart woman who understands her audience. We are in constant contact with many brands and we found Astrid & Miyu as one of the most alluring stories in the market.”

The brand isn’t the only millennial-oriented jewelry company to announce new funding recently. This week, clicks-and-bricks fine jewelry brand AUrate announced it had closed $13 million in Series A funding—which it called the largest Series A round ever secured by a fine jewelry brand.