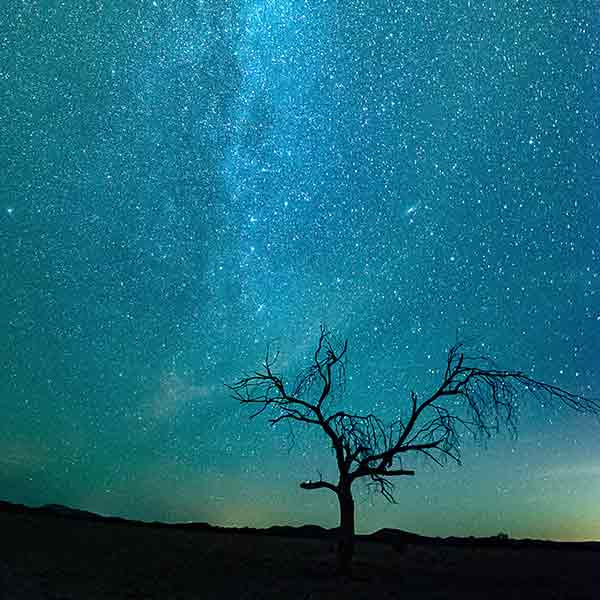 If you’re planning to attend the Centurion Jewelry Show in Phoenix, which concludes on Jan. 31, and then drive to Tucson for the slew of gem and jewelry shows that open the following week, you’ll have at least a day and a half to kill as you wait out the break between shows. Read on for a few ideas to help fill your weekend.

Gaze at the Stars

There’s a reason why the International Dark-Sky Association is based in Tucson. The desert landscape surrounding the city is one of the few places in the country where you can enjoy a vista unblemished by the glare of city lights. The rest of the state offers prime star-viewing opportunities.

“With 16 designated parks, reserves, and communities, Arizona is home to a greater number of Dark Sky sites than anywhere else in the nation,” according to Afar magazine. “The state also features some of the world’s best observatories and a culture that celebrates stargazing, making it an ideal place to escape the excessive illumination of modern life.”

If you don’t have time to drive north toward the Grand Canyon, home to the best stargazing sites, hit up Tucson’s Sky Bar, which promotes itself as a “solar powered café by day and an astronomy bar at night.” Astro-lovers are invited to use the telescopes on the patio to snap photos of the Orion nebula!

To the east and west of Tucson, you’ll find the two portions of Saguaro National Park, whose namesake, the saguaro (aka “desert palm”), is the nation’s largest cactus. An obvious place to begin your tour of the park is the spectacular Arizona-Sonora Desert Museum, located west of the city, adjacent to Old Tucson. With more than 15 exhibits, including a stingray touch experience, a mountain woodland, and a walk-in aviary, it’s easy to spend hours here learning about the flora and fauna that call this former inland sea home.

Occupy the rest of your day simply taking in the serene beauty of this desert idyll. At night, hang your hat at Posada, a stylish five-suite inn bordering the west side of the park, where you can sip tequila on the patio at night and enjoy another view of Mother Nature’s finest moving picture, the starry sky.

If you still can’t get gems off the brain, why not use the extra day to bone up on the latest news in the gem market? Centurion is hosting a free gem educational event—including lunch and refreshments—on Sunday, Feb. 2, at the AC by Marriott Tucson Downtown.

Register for the event here.

Top: Photo of the starry Arizona sky by Tom Gainor on Unsplash