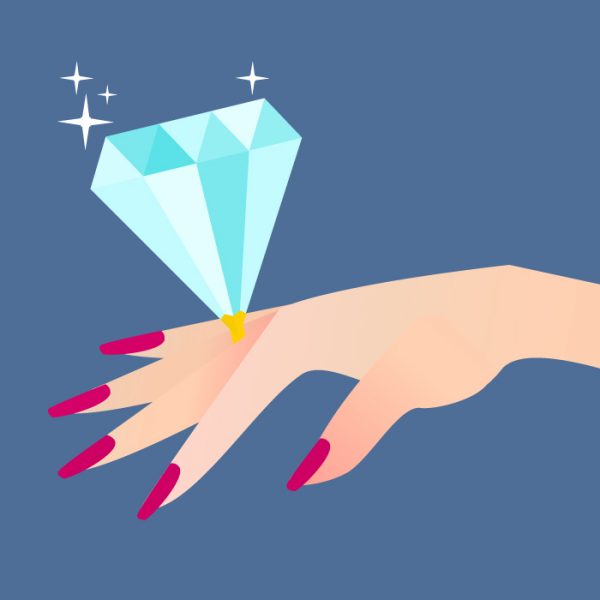 Slate’s advice columnist, Dear Prudence, recently fielded the following question from a woman who was embarrassed by the engagement ring bought by her fiancé:

The diamond is so big, and the setting so flashy, it’s completely unlike the kind of rings most of my friends got….I’ve gotten so much unwanted attention, with people asking to see “the rock” and calling me celebrity nicknames. My mom has used every synonym for tacky in the book, and friends have asked if I know whether or not it’s a blood diamond. It’s humiliating.

My fiancé is so proud that he was able to get me such a nice ring since he comes from a working-class background. I just don’t know how to tell him that I want him to take it back and get a semi-precious stone or something more to my taste…

For many in the industry, this comment seems absurd. Who complains about jewelry being too big?

But societal tastes are changing. To many, flashy has become synonymous with excessive, and wasteful.

This brings to mind a recent Facebook thread on the industry’s woes. On it, Patrick Slavenburg, the chief commercial officer of Farlang.com, said he’s noticed a sea change in consumer attitudes.

“When we interviewed Gen X women in 2006 before launching Farlang the most frequent comment was: ‘Why buy expensive jewelry when so much great looking cheap jewelry is available?’” he said.

He recently questioned an affluent jewelry-loving friend about what she considered a reasonable price point for jewelry.

“For something nonessential like jewelry, probably $200,” she replied. “More than that, I would have to really love it. And give it lots of consideration.”

This doesn’t mean that the market for fine jewelry is dead, of course. Many stores still sell plenty of high-end watches and diamonds. There are many jewelry markets; there always have been.

But we are seeing something of a societal shift. America has become more casual. More offices have adopted informal dress codes; $5,000 jewelry doesn’t always fit with jeans and a sweater. Marc Zuckerberg is considered the epitome of the dot-com billionaire. And what is he known for wearing? A hoodie.

“We all have an increasingly casual lifestyle,” noted industry analyst and editor of the Centurion newsletter Hedda Schupak on the same Facebook thread. “It’s hard to sell a lot of heavy gemstone pieces to customers that wear Lululemon most of the time, and they can’t justify the cost for something they might wear a few times a year.”

Which brings up the cost issue. American consumers are squeezed these days; they have been since the recession. Not that many have the ability to buy a $3,000 piece on a whim.

“The designers we support are amazingly creative and talented,” says Slavenburg. “[They] make masterpieces. But the price points are not affordable outside the one percent.”

A recent survey by Cashelorette found that most millennials only wanted to spend one month’s salary on an engagement ring.

“Older millennials could still be saddled with student loan debt, and many are trying to save for a down payment on a house,” the site’s Sarah Berger told CNBC, adding those most millennials prefer spending on experiences, rather than things.

On top of this, the industry hasn’t always made the case for why its products cost so much. And now that shoppers have the ability to buy virtually anything, it’s not surprising that some will opt for the cheaper alternative.

So it’s quite likely we will see a continuing shift towards affordable product. In some ways, this has already happened: The most successful jewelry brands of the last ten years are Pandora, Alex and Ani, and now, Kendra Scott.

Still, this seems to be where the market is going. As one New England jeweler lamented on the Facebook thread:

People around here just don’t really like jewelry that much anymore. I find that I have to ambush people at unlikely events with jewelry that easily translates into a tangible meaning for them, is made of sterling, and is handmade. And costs less than $100.00.

This will only get worse as the current generational wave continues. The concept of spending one week’s pay in a piece of jewelry is ridiculous to anyone under 30.