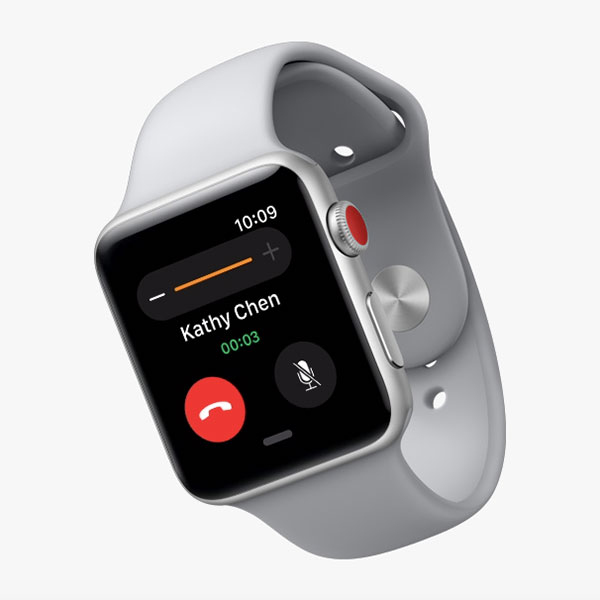 Apple hosted its first-quarter 2018 earnings call yesterday, and the company revealed that its Apple Watch enjoyed its most lucrative quarter ever.

Series 3 Apple Watches are selling at twice the volume Series 2 models did, the company reports. And shipments of the Apple Watch Series 3 grew 50 percent for the fourth consecutive quarter.

Overall, the Cupertino, Calif., company had its biggest quarter ever, setting a new all-time quarterly record for revenue, which reached $88.3 billion in Q1. The record tops Apple’s previous all-time record, set in 2017, by $10 billion. Q1 marks the fifth consecutive quarter of accelerating revenue growth for the brand.

In short, Apple is killing it. And the Apple Watch has officially hit its stride.

How did the wareable—once a slower-selling product that felt a little like a longterm beta test for Apple—become such a hot product?

For one, the range of offerings in the wearables market has contracted keenly in the past two years. Only a few years ago, wearables of all shapes and sizes were being developed—many of them embedded in jewelry designs.

But consumers voted with their wallets, and public preference for smartwatches and sport bands—not smart earrings or bangles—resulted in the shuttering of the vast majority of jewelry-focused wearable producers.

To some degree, consumers have been funneled into considering smartwatches; the Apple Watch is among the most refined in that category, bolstered by years of research and development by brilliant minds, and marketing budgets without limits.

There’s also the idea that the Apple Watch is one of the few with LTE connectivity, which, as tech writer Husain Sumra suggests on Wareable.com, may be “a tipping point feature for consumers,” adding, “LTE connectivity is an important feature for runners and cyclists, who can keep their monolithic slab of a phone at home or at base camp and allow themselves to better concentrate on their endeavor.”

As JCK reported in November of 2017, the Apple Watch could do more than dominate the smartwatch market. It could be on the path to becoming the best-selling watch of all time. Of course its nonstop evolution—courtesy of that endless R&D and enormous promotional budget—currently leaves plenty of room for a conventional watch market. But in the near future, the device may take on functions (and manifest formats) we can’t yet imagine, making its very name, Apple Watch, little more than a nostalgic reference to its starting point.