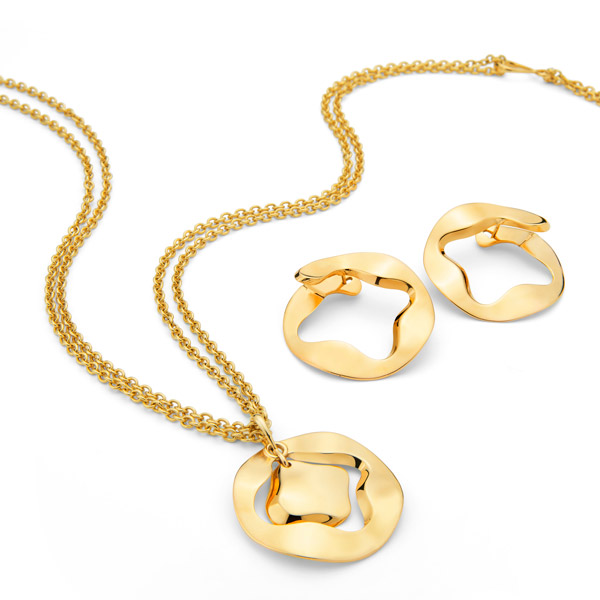 Gold is a dominant style no matter what time of year in the jewelry world, from hoop earrings to rings to chunky chain necklaces. For its 100th anniversary, Italian jeweler Antonini is celebrating gold in a big way with its latest special collection.

Honoring a century in business, Antonini’s Anniversary100 collection is an homage to the sheen of gold, with an array of designs in yellow and white that play with soft waves and light-reflecting surfaces.

The styles are architectural in nature, some are adorned with diamonds, but the overarching theme mostly emphasizes willowy shapes crafted in gold. They’re minimalist, but not without detail, setting diamonds at a 45-degree angle in some styles, while others twist and turn with solely metal (others show surfaces completely covered in stones).

Styles like these are appealing to a wide variety of audiences, from the minimalist looking for that one special purchase to the maximalist wanting another treasure to adorn their fingers or necks. Antonini’s collection plays well with others but holds its own, and, like art, may evoke something different in everyone.

Established in 1919 in Milan, Antonini has used its surroundings to influence its portfolio of jewelry offerings, its designs rooted in the architecture, art, and culture of its Italian home. As a family business, Antonini is run by third-generation jeweler Sergio Antonini, who joined the company in 1989 after attending the Scuola Politecnica di Design in Milan and then Gemological Institute of America in New York. He continues to serve as creative director for the brand as it enters its 100th year.

The collection made its debut in Las Vegas at the Couture show, along with a selection of one-of-a-kind pieces, and Antonini will also showcase at September’s upcoming VicenzaOro show. Hearty congratulations to the brand on such a milestone anniversary, and cheers to the next 100 years!