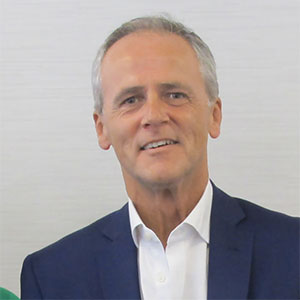 The Responsible Jewellery Council (RJC) announced that Andrew Bone (pictured) will be stepping down as the group’s executive director.

Bone has served as the organization’s executive director since 2015. He is only the third person to head the group, which was founded as the Council for Responsible Jewelry Practices (CRJP) in 2005.

Bone did not respond to a request for comment from JCK.

The RJC’s board of directors will soon begin a search for a successor, said an RJC statement announcing the transition.

Prior to his work at RJC, Bone had worked for three decades for De Beers, eventually serving as the company’s global head of government and industry relations. He also served as vice president of the World Diamond Council.

In its statement, the RJC said that under Bone’s leadership, its membership had doubled.

“It has been a pleasure and a rare privilege to have served this unique organization as executive director,” said Bone in the RJC statement. “We have undertaken the review of our standards and laid the ground for the inclusion of colored gems and silver. In addition, we have grown the management team and provided them with the resources to build on past success as we look ahead to a successful future.”

RJC chair David Bouffard was also quoted as saying, “We are grateful for Andrew’s leadership at the Responsible Jewellery Council in supporting the continuous improvement in the integrity of the global jewelry supply chain. His vision has further established the Responsible Jewellery Council as the standards and certification organization for the global jewelry industry.”

Bouffard, who is also the vice president of corporate affairs for Signet Jewelers, was elected chairman of the RJC board in May.

This story has been corrected to note that Bone is the third person to hold the position.

Image of Andrew Bone courtesy of the Responsible Jewellery Council