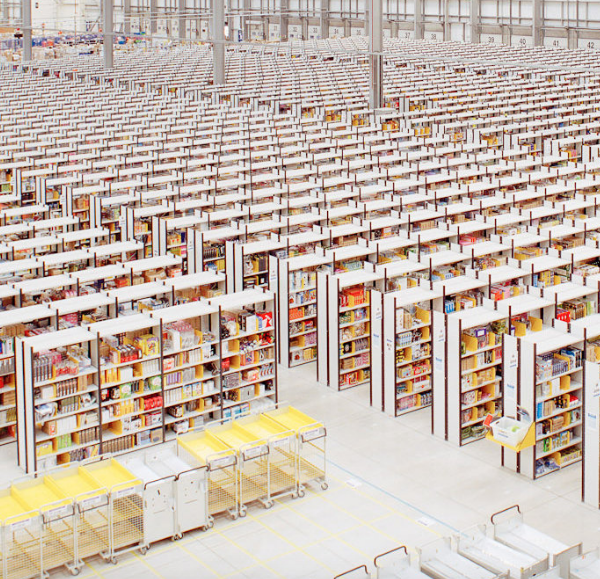 Amazon.com, the biggest e-tailer in the United States, released a statement this week detailing its top-selling holiday products—and Echo Dot, the company’s hands-free device featuring Alexa (Amazon’s voice-controlled technology), is officially the No. 1 item sold on the site for holiday 2016.

Sales of jewelry and watches were also predictably strong. The megaretailer sold 2.5 million watches—that’s one watch purchased every 1.5 seconds—along with 10,451 combined carats of diamonds, which Amazon noted is equal to 6.5 Russian Kokoshnik Tiaras, one of the queen of England’s most recognizable tiaras (fun fact!).

Shoppers purchased “the weight of a grizzly bear” in gold on the site, and “the weight of a rhinoceros” in silver. Which, by our completely unscientific calculations, would be 600–800 pounds and 1,870–4,000 pounds, respectively. Heavy metal, indeed.

Amazon Prime, the retailer’s subscription service that includes free 2-day shipping, continues to be an attractive proposition for consumers.

More than 1 billion items shipped worldwide with Amazon Prime this holiday season. The fastest delivery of a Prime item? That would be 13 minutes; on Christmas Eve an Amazon fulfillment center delivered a gift to a member in Redondo Beach, Calif., in less time than it takes to power up an iPhone.

​December 23, 2016, was the biggest day ever for Prime Now (the company’s app that promises one- to two-hour delivery). Members ordered three times more items compared to last year on the app. Echo Dot, Amazon Echo, Fire TV Stick, and, strangely, Oreo cookies were some of the most popular items ordered that day in the United States. Shoppers in Dallas ordered more items with Prime Now than any other city in the United States over the holidays.

The retailer reported that more than 72 percent of Amazon customers used a mobile device to purchase items this holiday season, with app-based shopping growing by 56 percent from the same period in 2015.

Amazon was also the hot spot for toy shopping. And lots of us were buying toys on the fly. On Cyber Monday alone, shoppers worldwide purchased about 36 toys per second on Amazon, all on mobile devices—giving a whole new meaning to the phrase big fun.