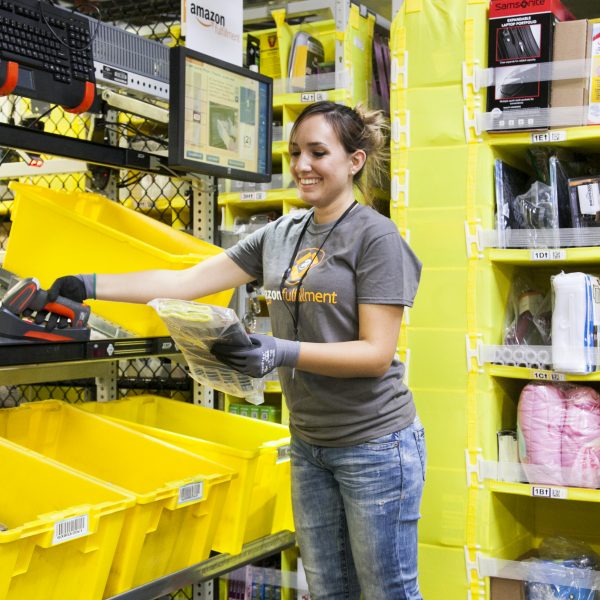 Amazon.com now charges sales tax in every U.S. state with a statewide sales tax, according to the Institute on Taxation and Economic Policy (ITEP).

The only exceptions are the five states with no sales tax: Delaware, Montana, New Hampshire, Oregon, and Alaska.

Still, the new policy marks a major shift for a company that, just five years ago, only collected sales tax in five states. But its expanding network of fulfillment centers (pictured) has grown its nationwide footprint, giving it a physical presence in most states.

Jewelers of America, which is lobbying in Congress for a bill that would require online sellers to collect sales tax, hailed Amazon’s decision as “a major milestone toward leveling the playing field between online and traditional retailers.”

“That said, it’s just one step in what has been a years-long process,” said President and CEO David J. Bonaparte. “Even with Amazon’s decision, the competitive landscape remains tipped in favor of online retailers. We will continue to push until sales tax fairness becomes the law of the land.”