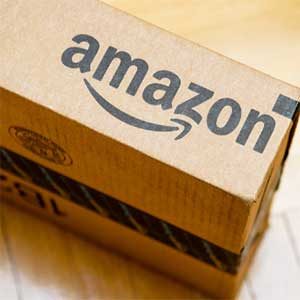 E-tail giant Amazon may be gearing up to launch a new jewelry line, “For Keeps By Amazon,” a Sept. 19 filing with the United States Patent and Trademark Office suggests.

In its patent application, the Seattle-based company aims to trademark the “For Keeps” name for use with “online retail sales of jewelry, namely precious metals and their alloys and goods in precious metals or coated therewith.”

An Amazon spokesperson did not return a comment from JCK.

The filing was first noticed by Twitter user Trademark Ninja, according to Business Insider, whose technology reporter seemed unimpressed with the name:

Nothing says romance like "For Keeps by Amazon" https://t.co/yKV7DLKWPQ

Amazon currently sells over 70 private-label brands, covering items ranging from diapers to batteries, as well as several clothing and fashion labels. Some have even suggested that, given Amazon’s domination of e-commerce, its private-label strategy could come close to violating antitrust laws.

“Amazon has used Amazon Collection as its one and only jewelry brand for years,” says Kristin Cherry Jackson, a former Amazon senior category merchant manager for jewelry who is now a managing partner at 21C Jewelry Solutions. “While I think consumers trust the Amazon Collection brand, and it represents a wide variety of high-quality and popular styles, it’s not a very approachable brand from an emotional standpoint.”

This isn’t the first time Amazon has decided to venture into jewelry, and while it’s a player in the category—as it is in every category—it has seen mixed success.

In 2004, it launched an Amazon jewelry store with more than 75,000 items, all sold with a 13 percent markup. Founder Jeff Bezos even commissioned a special wooden box to ship the items, that he aimed to be “as iconic as Tiffany’s,” according to The Everything Store, a history of Amazon by Brad Stone. However, the category didn’t live up to expectations and eventually the site moved on to other things, Stone reports.

However, based on this filing, Amazon could again be trying to play the jewelry game for keeps.